Describe a film that you disliked
You should say:
What the name of it was
Where you watched it
Why you chose to watch it
And explain why you disliked it

well after thinking for a bit just now, the film I've decided to talk about is called Angels and Demons, which was adapted from the novel by Dan Brown. And I watched it at home on my laptop a few months ago, cos I downloaded it off the Internet, which is what most people do here in China when they wanna watch a film.

Anyway, as to the reason why I chose to watch it, well it was simply because I had already read the book, which I really enjoyed, and so I was quite curious to know what the film would be like.

But I’m afraid to say that it was no way near as good as the book. You know, I just couldn’t get into it, and I almost turned it off half way through. In hindsight, I probably should have done! Because I mean, first of all, the acting was pretty dreadful, which was surprising seeing as there were quite a few big names in the cast. And in terms of the storyline, I kind of just felt that it left out too many details from the book. So as a result, you know, it just wasn’t very captivating, and I didn’t really feel any suspense, even though it was meant to be a thriller.

So yeah, all in all, I was pretty disappointed with the film, and I definitely won’t be watching it again!

Phrases
The film was adapted from the novel - 電影是由小說改編的
It was no way near as good as the book – 遠遠沒有書好看
Get into it – 投入其中
In hindsight - 有了事後的認識;後見之明
Dreadful – awful (really bad!)
Seeing as – 鑒於
Big name = big star 明星
Cast – (戲劇、電影的) 全體演員 The cast of a play or film is all the people who act in it.
Storyline = plot 故事情節
Captivating – 有吸引力的
Suspense -懸念
Thriller -驚悚片
All in all – 總而言之

Other useful phrases:
I didn’t find it funny at all
It was too slow-moving
The film went on too long
Nothing seemed to happen throughout the whole film
It was non-stop violence
The special effects were terrible
The storyline wasn’t very realistic
It was a bit too predictable 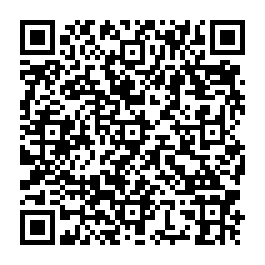