託福口語話題題目Film
Tell me about a film you have seen.

You should say:
what the title of the film was and where you saw it
what the story (plot) involves
explain how you feel about this film.
Ok, well the film I’m gonna talk about is called Waterworld, the reason being that it’s the only one I can actually remember watching which was set in the future.

託福口語話題範本：Film
So anyway, as for when I watched it, well I suppose it must have been around five or six years ago, when I was still at middle school, and regarding what the film was about, well basically, it’s set at a time when the planet is almost completely submerged in water, because the ice caps have all melted due to global warming, and so the sea levels have risen to a point where all land has pretty much been covered by water.

So that’s the situation, and basically what happens in the film is that everyone’s living on boats and looking for land. And if I remember correctly, there’s a girl who’s got some kind of map tattooed on her which shows where land can actually be found.

Anyway, to cut a long story short, the film finishes with them eventually finding the land and living happily ever after, which came as no surprise to me, seeing as most Hollywood movies tend to end that way.

So yeah, that’s basically the gist of it, and as for what I thought of the film, well to tell you the truth I didn’t really think it was all that good, because I mean the plot was a bit too predictable, you know, there was no real suspense. So in that respect, I thought it could have been better. But saying that, I suppose there were also a few things I did like about it, one of which was the special effects, which I thought were pretty impressive.

And another thing I liked about the film was that it made me really kind of appreciate the land that we have around us, which I know sounds a bit ridiculous, but I mean, before watching the film, I kind of just took it for granted and didn’t really think much about it. So in a way it sort of helped me appreciate my life a bit more, if you know what I mean!

So yeah, I guess that’s pretty much all there is to say. Thanks for listening! 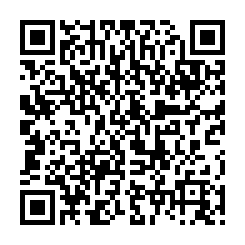