1.Maya Culture
The Maya are probably the best-known of the classicalcivilizations of Mesoamerica. Originating in the Yucatánaround 2600 B.C., they rose to prominence around A.D. 250 in present-day southern Mexico, Guatemala, northernBelize and western Honduras. Building on the inheritedinventions and ideas of earlier civilizations such asthe Olmec, the Maya developed astronomy, calendrical systems and hieroglyphic writing.The Maya were noted as well for elaborate and highly decorated ceremonialarchitecture, including temple-pyramids, palaces and observatories, all built withoutmetal tools. They were also skilled farmers, clearing large sections of tropical rainforest and, where groundwater was scarce, building sizeable underground reservoirs forthe storage of rainwater. The Maya were equally skilled as weavers and potters, andcleared routes through jungles and swamps to foster extensive trade networks withdistant peoples.
Around 300 B.C., the Maya adopted a hierarchical system of government with rule bynobles and kings. This civilization developed into highly structured kingdoms duringthe Classic period, A.D. 200-900. Their society consisted of many independent states,each with a rural farming community and large urban sites built around ceremonialcentres. It started to decline around A.D. 900 when - for reasons which are stilllargely a mystery - the southern Maya abandoned their cities. When the northern Mayawere integrated into the Toltec society by A.D. 1200, the Maya dynasty finally came toa close, although some peripheral centres continued to thrive until the SpanishConquest in the early sixteenth century.
Maya history can be characterized as cycles of rise and fall: city-states rose inprominence and fell into decline, only to be replaced by others. It could also bedescribed as one of continuity and change, guided by a religion that remains thefoundation of their culture. For those who follow the ancient Maya traditions, thebelief in the influence of the cosmos on human lives and the necessity of payinghomage to the gods through rituals continues to find expression in a modern hybridChristian-Maya faith.
Cosmology and Religion
The ancient Maya believed in recurring cycles of creation and destruction andthought in terms of eras lasting about 5,200 modern years. The current cycle isbelieved by the Maya to have begun in either 3114 B.C. or 3113 B.C. of our calendar,and is expected to end in either A.D. 2011 or 2012.
Maya cosmology is not easy to reconstruct from our current knowledge of theircivilization. It seems apparent, however, that the Maya believed Earth to be flat andfour-cornered. Each corner was located at a cardinal point and had a colour value: redfor east, white for north, black for west, and yellow for south. At the centre was thecolour green.
Some Maya also believed that the sky was multi-layered and that it was supported atthe corners by four gods of immense physical strength called "Bacabs". Other Mayabelieved that the sky was supported by four trees of different colours and species,with the green ceiba, or silk-cotton tree, at the centre.
Earth in its flat form was thought by the Maya to be the back of a giant crocodile,resting in a pool of water lilies. The crocodile's counterpart in the sky was adouble-headed serpent - a concept probably based on the fact that the Maya word for"sky" is similar to the word for "snake". In hieroglyphics, the body of the sky-serpent is marked not only with its own sign of crossed bands, but also those of theSun, the Moon, Venus and other celestial bodies.
Heaven was believed to have 13 layers, and each layer had its own god. Uppermostwas the muan bird, a kind of screech-owl. The Underworld had nine layers, with ninecorresponding Lords of the Night. The Underworld was a cold, unhappy place and wasbelieved to be the destination of most Maya after death. Heavenly bodies such as theSun, the Moon, and Venus, were also thought to pass through the Underworld after theydisappeared below the horizon every evening.
Very little is known about the Maya pantheon. The Maya had a bewildering number ofgods, with at least 166 named deities. This is partly because each of the gods hadmany aspects. Some had more than one sex; others could be both young and old; andevery god representing a heavenly body had a different Underworld face, which appearedwhen the god "died" in the evening 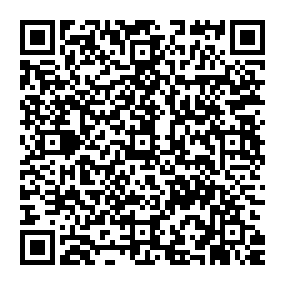