William Henry "Bill" Gates III (born October 28, 1955) is an American software magnate, philanthropist, and chairman of Microsoft, the software company he founded with Paul Allen. He is consistently ranked among the world's wealthiest people and was the wealthiest overall from 1995 to 2009, excluding 2008, when he was ranked third. During his career at Microsoft, Gates held the positions of CEO and chief software architect, and remains the largest individual shareholder with more than 8 percent of the common stock. He has also authored or co-authored several books.

Gates is one of the best-known entrepreneurs of the personal computer revolution. Although he is admired by many, a number of industry insiders criticize his business tactics, which they consider anti-competitive, an opinion which has in some cases been upheld by the courts (see Criticism of Microsoft). In the later stages of his career, Gates has pursued a number of philanthropic endeavors, donating large amounts of money to various charitable organizations and scientific research programs through the Bill & Melinda Gates Foundation, established in 2000.

Microsoft
IBM partnership
In 1980, IBM approached Microsoft to write the BASIC interpreter for its upcoming personal computer, the IBM PC. When IBM's representatives mentioned that they needed an operating system, Gates referred them to Digital Research (DRI), makers of the widely used CP/M operating system. IBM's discussions with Digital Research went poorly, and they did not reach a licensing agreement. IBM representative Jack Sams mentioned the licensing difficulties during a subsequent meeting with Gates and told him to get an acceptable operating system. A few weeks later Gates proposed using 86-DOS (QDOS), an operating system similar to CP/M that Tim Paterson of Seattle Computer Products (SCP) had made for hardware similar to the PC. Microsoft made a deal with SCP to become the exclusive licensing agent, and later the full owner, of 86-DOS. After adapting the operating system for the PC, Microsoft delivered it to IBM as PC-DOS in exchange for a one-time fee of $50,000. Gates did not offer to transfer the copyright on the operating system, because he believed that other hardware vendors would clone IBM's system.They did, and the sales of MS-DOS made Microsoft a major player in the industry.

Windows
Gates oversaw Microsoft's company restructuring on June 25, 1981, which re-incorporated the company in Washington state and made Gates President of Microsoft and the Chairman of the Board. Microsoft launched its first retail version of Microsoft Windows on November 20, 1985, and in August, the company struck a deal with IBM to develop a separate operating system called OS/2. Although the two companies successfully developed the first version of the new system, mounting creative differences undermined the partnership. Gates distributed an internal memo on May 16, 1991, announcing that the OS/2 partnership was over and Microsoft would shift its efforts to the Windows NT kernel development.

Management style
From Microsoft's founding in 1975 until 2006, Gates had primary responsibility for the company's product strategy. He aggressively broadened the company's range of products, and wherever Microsoft achieved a dominant position he vigorously defended it.As an executive, Gates met regularly with Microsoft's senior managers and program managers. Firsthand accounts of these meetings describe him as verbally combative, berating managers for perceived holes in their business strategies or proposals that placed the company's long-term interests at risk.[33][34] He often interrupted presentations with such comments as, "That's the stupidest thing I've ever heard!" and, "Why don't you just give up your options and join the Peace Corps?" The target of his outburst then had to defend the proposal in detail until, hopefully, Gates was fully convinced.When subordinates appeared to be procrastinating, he was known to remark sarcastically, "I'll do it over the weekend."Gates's role at Microsoft for most of its history was primarily a management and executive role. However, he was an active software developer in the early years, particularly on the company's programming language products. He has not officially been on a development team since working on the TRS-80 Model 100 line, but wrote code as late as 1989 that shipped in the company's products. On June 15, 2006, Gates announced that he would transition out of his day-to-day role over the next two years to dedicate more time to philanthropy. He divided his responsibilities between two successors, placing Ray Ozzie in charge of day-to-day management and Craig Mundie in charge of long-term product strategy

Investments
Cascade Investments LLC, a private investment and holding company, incorporated in United States, is controlled by Bill Gates, and is headquartered in the city of Kirkland, WA. bgC3, a new think-tank company founded by Bill Gates. Corbis, a digital image licensing and rights services company. 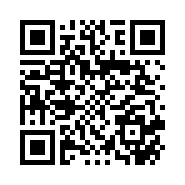