Walt and Roy Disney began their partnership on October 16, 1923 when they signed a contract to produce the Alice Comedies, a series of six- to eight-minute animated films, or "shorts," combining live-action and animation. What began as the Disney Brothers Studio evolved into The Walt Disney Company.

From the creation of Oswald the Lucky Rabbit in 1927 and the debut of Mickey Mouse in 1928 to the premiere of Tarzan in 1999, animation has remained the defining signature of the company. Along the way, Disney has added successful TV shows like Who Wants To Be A Millionaire, opened theme parks in California, Florida, France and Japan, launched more than 700 Disney Stores and added brands such as Touchstone, Miramax, ABC and ESPN to the fold.

To make the most of Disneyland - the ultimate escapist fantasy and the blueprint for imitations worldwide - throw yourself right into it. Don't think twice about anything and go on every ride you can. The high admission price ($36) includes them all, although during peak periods each one can entail hours of queueing. Remember, too, that the emphasis is on family fun; the authorities take a dim view of anything remotely anti-social and eject those they consider guilty.

Over four hundred "Imaginers" worked to create the Indiana Jones Adventure, Disneyland's biggest opening in years. Two hours of queueing are built into the ride, with an interactive archeological dig and 1930s-style newsreel show leading up to the main feature - a giddy journey along 2500ft of skull-encrusted corridors in which you face fireballs, falling rubble, venomous snakes and, inevitably, a rolling boulder finale. Disney claims that, thanks to computer engineering, no two Indiana Jones rides are ever alike. Judge for yourself.

Among the best of the older rides are two in Adventureland: the Pirates of the Caribbean, a boat trip through underground caverns, singing along with drunken pirates; and the Haunted Mansion, a riotous "doom buggy" tour in the company of the house spooks.

Tomorrowland is Disney's vision of the future, where the Space Mountain roller coaster zips through the pitch-blackness of outer space, and the Star Tours ride simulates a journey into the world of George Lucas. The Skyway cable-car line that connects Tomorrowland with the clever but cloyingly sentimental Fantasyland is the only spot in the park from which you can see the outside world.

As for accommodation, try to visit Disneyland just for the day and spend the night somewhere else. Most of the hotels and motels nearby cost well in excess of $70 per night.

You're not permitted to bring your own food to the park; you can only consume the fast food sold on the premises.

Disneyland is at 1313 Harbor Blvd, Anaheim, 45 minutes by car from downtown using the Santa Ana Freeway. In summer, the park is open daily between 8am and 1am; otherwise opening hours are weekdays 10am to 6pm, Saturday 9am to midnight, and Sunday 9am to 10pm. Arrive early; traffic quickly becomes nightmarish, especially in the summer. For further information, including public transportation details, call 714/999-4565. 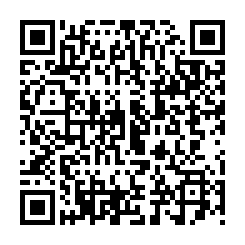