Although three million people come to see the GRAND CANYON OF THE COLORADO every year, it remains beyond the grasp of the human imagination. No photograph, no set of statistics, can prepare you for such vastness. At more than one mile deep, it's an inconceivable abyss; at between four and eighteen miles wide it's an endless expanse of bewildering shapes and colors, glaring desert brightness and impenetrable shadow, stark promontories and soaring, never-to-be-climbed sandstone pinnacles. Somehow it's so impassive, so remote you could never call it a disappointment, but at the same time many visitors are left feeling peculiarly flat. In a sense, none of the available activities can quite live up to that first stunning sight of the chasm. The overlooks along the rim all offer views that shift and change unceasingly from dawn to sunset; you can hike down into the depths on foot or by mule, hover above in a helicopter or raft through the whitewater rapids of the river itself; you can spend a night at Phantom Ranch on the canyon floor, or swim in the waterfalls of the idyllic Havasupai Reservation. And yet that distance always remains the Grand Canyon stands apart.

Until the 1920s, the average visitor would stay for two or three weeks. These days it's more like two or three hours of which forty minutes are spent actually looking at the canyon. The vast majority come to the South Rim it's much easier to get to, there are far more facilities (mainly at Grand Canyon Village), and it's open all year round. There is another lodge and campground at the North Rim, which by virtue of its isolation can be a lot more evocative, but at one thousand feet higher it is usually closed by snow from mid-October until May. Few people visit both rims; to get from one to the other demands either a two-day hike down one side of the canyon and up the other, or a 215-mile drive by road.

Finally, there's a definite risk that on the day you come the Grand Canyon will be invisible beneath a layer of fog, thanks to the 250 tons of sulphurous emissions pumped out every day by the Navajo Generating Station, seventy miles upriver at Page.

Admission to the park, valid for seven days on either rim, is $20 per vehicle or $10 for pedestrians and cyclists. 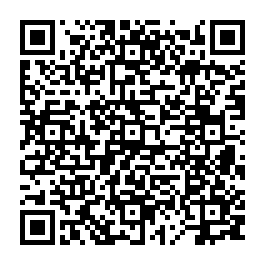