Editor's note: Make, Create, Innovate is a new science and technology series that tells the stories behind the inventions and technological breakthroughs that are reshaping our world.

(CNN) -- Smartphone mapping features are great for getting directions, until you lose signal. But you could avoid getting lost in the woods with a guiding system embedded in your body.

Electronic engineer and biohacker Brian McEvoy has designed the first internal compass, and will be the first test subject. The 'Southpaw' -- inspired by the North Paw bracelet - works by sealing a miniature compass inside a silicon coat, within a rounded Titanium shell, to be implanted under the skin. An ultra-thin whisker juts out, which is activated when the user faces north, to lightly brush an alert on the underside of the skin.

"For a disc shape, it would be best located near shoulder", says McEvoy, ahead of the procedure. "I don't foresee any safety issues". Materials and shape have been chosen for the body's tolerance of them, but the Minnesota biohacker is working with experts to minimize risk before going under the knife.

Is wireless electricity within reach?

Can spider silk help you self-heal?

Although McEvoy alone will take the implant, Southpaw has been a collaborative project, developed through the leading forum Biohack.me, that draws on the shared knowledge of citizen science labs around the world. For these dedicated blue-sky enthusiasts with stated goals that include eternal life and learning to fly, the paradigm for technology has gone beyond wearable, to implanted.

Magnets and microchips are standard for community members, often for aesthetic or novelty value. But the implants are growing in sophistication to offer practical applications, such as the 'Circadia' micro-computer developed by Biohack.me offshoot company Grindhouse Wetware, which CEO Tim Cannon embedded in his arm last year, and was able to collect and transmit temperature data via Bluetooth.

Another of the forum's stars, Rich Lee has pioneered the use of magnets. With one embedded in each ear he can listen to music through them, via a wire coil he wore around his neck, that converts sound into electromagnetic fields, creating the first 'internal headphones'.

But his experiments go far beyond sound. "It is a sixth sense", says Lee. "The implants allow me to detect different sensors, so I can 'hear' heat from a distance. I can detect magnetic fields and Wi-Fi signals, so much of the world that I had no awareness of."

There is a practical purpose to Lee's experiments, as he suffers deteriorating eyesight and hopes to improve his orientation through greater sensory awareness, and is learning to navigate through echolocation. But he sees his self-hacking as a voyage of discovery rather than a medical trial.

Appropriately enough, a priority among Lee's 130 projects are 'adult industry' implants for erogenous zones to maximize pleasure, for which he anticipates major commercial interest. Another device for the nose would aim to control the body temperature, which could increase endurance and physical capacity.

Lee is convinced that improving implants equate to a better body and a better life, and puts no limit on what procedure he would undergo. "If better models come out every 18 months I would buy them. The way people are with cellphones, I feel the same way about implants."

Availability looks set to improve. Writer and biohacker Frank Swain, who with degenerative hearing, has secured commercial backing for a new type of implant that would convert environmental data -- such as Wifi signals, into sounds that allow the user to orientate themselves. A prototype will be unveiled this fall.

On a larger scale, several hundred RFID tags are being shipped around the world to backers of a successful crowd funding campaign. Amal Graafstra, an implant enthusiast who received his first tag in 2005, launched the campaign through his start-upDangerous Things and claims it is the largest non-medical implantation program yet.

"We're the first to put near field communication (NFC) compliant implants on the market like this", says Graafstra, adding that recent breakthroughs have facilitated chips with greater memory and potential. "There are 880 bytes of space, relative to 97 in the previous generation, so before you could keep a name and phone number but now it has far greater capacity."

Graafstra already uses his implants as universal passwords, unlocking physical and electronic barriers. Similar technology is already widely used in contactless card payment systems and clothing tags, and Motorola are developing an RFID-activated 'password pill' that a user can swallow and access their devices without the hassle of remembering them.

Graafstra recommends the people buying his tags have the procedures professionally implanted through vetted specialists, but includes a DIY guide for those who insist on going it alone. "I mainly got into this to encourage safety standards", says Graffstra. "When I first started people were using the wrong equipment and having horrible accidents, this is a step to standardizing procedures."

In the US and across much of Europe, professional medics would be forbidden from implanting the device, and there is widespread distrust of biohackers. "Anyone doing this to themselves should stop", says Dr. Anthony Guiseppe-Elie, professor of bioengineering at the University of South Carolina, and editor of 'Bioengineering' journal, stressing the medical principle to solve problems rather than enhance healthy people.

Yet Guiseppe-Elie accepts the biohackers could be drivers for public acceptance of emerging technologies such as cochlear and retina implants, that have had dramatic successes in improving the conditions of hearing and sight-impaired people.

"Public perception has been the main barrier -- implants make people uncomfortable", says Guiseppe-Elie. "But we have seen that they can have a huge impact." RFID implants are also of proven value with Alzheimer's patients, he adds, and their use could be extended.

To minimize the invasiveness, Guiseppe-Elie suggests two major considerations. "They must be small, and easily powered, so that repeat operations are not necessary." For the latter consideration, induction coils and biofuel cells that use the body's energy are evolving solutions.

Anyone doing this to themselves should stop.
Dr. Anthony Guiseppe-Elie, professor of bioengineering

A further direction, which his team is researching, are "electronic tattoos" equipped with sensors that sit on the skin and can measure vital signs without invasive surgery, and transmit them via wireless technology. The tattoos have been a popular concept and are in commercial development, marketed for versatility -- they can be applied on the body, as well as relatively casual use -- they could be applied by patients themselves.

The tattoos could also be applied to the head to read brainwaves, although the distance would limit accuracy. Implants for the brain could tell more, but represent the highest risk as well as reward. Should the body reject any material it could kill the patient.

Yet the Wellcome Trust in the UK has begun a trial with Alzheimer's patients carrying a silicon chip on the brain itself, to predict dangerous episodes, and able to stimulate weakened neurons. Military researchers Darpa are also experimenting with a chip implant on humans to help control mental trauma suffered by soldiers.

This latter case challenges the medical principle against using implants to do more than return to humans their natural faculties, as Darpa believe their chip could eventually condition soldiers to battle-readiness through improvements such as awareness, memory and mood. Whether it is industry or enthusiasts pushing the limits, it seems 100% is no longer enough, as the add-ons become available and increasingly powerful. 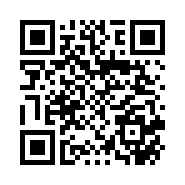