With Father's Day just around the corner, now is the time to think of the man that stood tall in your life from day one. Of course, not all us us are so lucky to have had ones. So from Jay Z and Stevie Wonder showing love to their newborn daughters to Tupac Shakur giving his pops the finger and Madonna cursing hers as well, here are some daddy-related cuts to let ring this Sunday.

Madonna, "Papa Don't Preach"
In the pop stars' iconic song, Madonna tells her father about her pregnancy and though it's probably not what one would want to hear on Father's Day from their young daughter, the defiant song is a highlight on Madonna's 1986 album "True Blue." Singing "What I need right now is some good advice," she reaches out to her dad for guidance. Madonna's single was No. 1 on the Hot 100 for two weeks in 1986.
The Game, "Like Father, Like Son"
Closing out The Game's debut album, this emotional song chronicles the birth of the Compton rapper's son. Busta Rhymes sings the sentimental chorus: "But in the end I hope you only turn out better than me / I hope you know I love you young'n, like father, like son."
Eric Clapton, "My Father's Eyes"
Clapton wrote this song to parallel looking in the eyes of his son, who died at age four, and the eyes of his father, who he never met. The heartbreaking song shows the singer longing for the experience of a father-song relationship: "Bit by bit, I've realized," he sings, "That's when I need them / That's when I need my father's eyes." The single made it to No. 2 on the Adult Contemporary chart in 1998.
Bruce Springsteen, "My Father's House"
Springsteen had an uneasy relationship with his father, but this song talks about overcoming these difficulties and embracing him. The Boss sings, "I imagined the hard things that pulled us apart / Will never again, sir, tear us from each other's hearts."
The Temptations, "Papa Was a Rolling Stone"
From the 1972 album "All Directions," this classic single is about an absent father. They sing, "Papa was a rollin' stone /Wherever he laid his head was his home / And when he died, all he left us was alone." It was a No. 1 Hot 100 single in 1972.

From Queen's second album, the band sings from a father's perspective as he tries to impart advice to his son, even though he won't listen: "A word in your ear from father to son / Funny you don't hear a single word I say / But my letter to you will stay by your side."

Harry Chapin, "Cats in the Cradle"

The singer-songwriter tracks the relationship of a father and son that cannot spend time with each other. The song hopes for the day when the two can connect, but it never comes. "When you comin' home dad?," he asks. "I don't know when, but we'll get together then son / You know we'll have a good time then." The single was a No. 1 Hot 100 cut for one week in 1974.

Written in the days after with Beyonce gave birth to their daughter, this song sees the rapper experiencing the joys of fatherhood for the first time. "Words can't describe what I'm feeling, for real," Jay confesses. "Baby I'll paint the sky blue / My greatest creation was you." The song even opens with Blue Ivy's heartbeat. It thumped up to No. 63 on the Hot R&B/Hip-Hop Songs chart at the end of January 2012.

Forever controversial, the Madge reveals her scars in the stinging bitterness of her 1989 track. Madonna refuses to hold back her contempt for her dad with lines like "You never loved me" and "Maybe someday when I look back, I'll be able to say 'You didn't mean to be cruel," proving that not all Father's Days are happy. The single earned a No. 20 peak on the Hot 100 in 1990.

Mayer's Grammy-winning smash single urged fathers to "be good" to their daughters while they're young, so that they too can have positive relationships with their loved ones in the present and future. It made it to No. 19 on the Hot 100 in 2005.

Billy Ray Cyrus & Miley Cyrus - "I Learned From You"

This dad-daughter duet explores the coming-of-age frustrations when a child thinks they might know it all, but they ultimately realize that daddy knows best. Miley sings proudly about all the things she took from her father, including "the reasons to keep believing" and "that strength is something you choose."

Luther Vandross, "Dance With My Father"

A guaranteed tear-jerker, Vanross wears his emotions on his sleeve as he pines for the days "before life removed all the innocence" where he'd joyously dance with his late father before being carried to bed. The single peaked at No. 38 on the Hot 100 chart in 2003.

Beyonce takes a walk down memory lane as she recalls some of her fondest memories of being a Daddy's girl. Knowles recalls being "inseparable" as the two would "Bike ride everyday on the bayou" and recalls the disappointment-turned-acceptance when she got her first tattoo. Now grown up, Beyonce still honors that "man in my life that can't be replaced."

This Aussie country star believes that imitation is the sincerest form of flattery. While most of us fear the idea of turning into our parents, Urban embraces all the little things like "tap(ping) my fingers on the table to the rhythm in my soul" and jingling the car keys when he's ready to leave, that he remembers in his father. As he grows older, Urban hopes to see even more of his dad in himself in this gushy country ballad.

Reba McEntire's "The Greatest Man I Ever Knew"

From the lyrics, the "Greatest Man" she ever knew was a father who was hardly ever around. Though often absent from her life, the love the singer got from her father was often unspoken and not expressed. But apparently it was shown through the sacrifices he made for his family. Regretfully, McEntire recalls, "He never said he loved me. Guess he thought I knew." The cut was No. 3 on the Hot Country Songs chart in 1992.

Fatherhood was a great thing for Stevie Wonder. On his critically acclaimed 1976 album "Songs in the Key of Life" includes this gem about his daughter, Aisha. "I can't believe what God has done," he sings joyously. "Through us he's given life to one /But isn't she lovely made from love."

There are a lot of different paternal stereotypes, but if there is a way to encapsulate an occasionally angry, but overall solid kind of pop, James Brown did it in this 1974 funk jam. "Papa didn't cuss / He didn't raise a whole lotta fuss," Brown explained. "But when we did wrong / Papa beat the hell out of us."

Will Smith put a spin on Bill Withers' and Grover Washington, Jr's classic love song, "Just The Two Of Us," for his "Big Willie Style" album in 1997, turning it into an ode to his oldest son, Trey Smith. The song features Smith expressing his love to Trey, and giving him some sound fatherly advice. Trey even opens the song with, "Now daddy, this is a very sensitive subject." In the video, his wife Jada Smith makes an appearance, with Jaden Smith in her pregnant belly.

In this track from Asher Roth's one and only 2009 stab at a studio album, "Asleep in the Bread Aisle," Roth explores the heavier aspects of fatherhood and the personal sacrifice his father made for son to achieve his dreams.

"That's why I'll never be a father / Unless you got the time, it's a crime / Don't even bother," 'Pac raps poignantly. This gem from 2pac's sophomore effort "Strictly 4 My N.I.G.G.A.Z." is aggressive, yes. But after hearing about a father that is around only occasionally and only takes a half-hearted interest in his children, you can't help but love it when 2pac just tells this so-called "dad" to "fuck off." The song made it to No. 87 on the Hot 100 in 1994.

Arguably the strongest track off of Commonís 1996 "One Day It'll All Make Sense," this incredibly heavy track about abortion makes a statement about the importance of understanding the power of the paternal role before becoming a father. Com' raps, "I'm sorry for takin your first breath, first step, and first cry / But I wasn't prepared mentally nor financially."

On this 2012 track from Nas' eleventh studio album "Life Is Good," the incredibly prolific rapper sheds light on the horrifying and enlightening experience of discovering that his daughter, Destiny, is no longer a little girl. Nas raps, "Don't know what got inside this child's mind, she planted a box of condoms on her dresser then she Instagrammed it." "Daughters" peaked at No. 78 on the Hot R&B/Hip-Hop Songs chart in 2012.

A parent always wants something better than what they had for their childhood, a sentiment that Kanye West and Jay Z outline in this track off of their collaborative 2011 album "Watch the Throne." Kanye hopes that his child won't ever have the same size ego he does, while Jay Z laments the impossibility of a normal childhood for his kid. "Sorry Junior, I already ruined ya / 'Cause you ain't even alive, paparazzi pursuin' ya / Sins of a father make your life ten times harder / I just wanna take ya to a barber."

Weezy and father figure Birdman exhibit their bond on this song, a highlight from their 2006 collaboration album "Like Father, Like Son."

Kenny Chesney, "There Goes My Life"

The story in this country tune follows a teenage relationship after a surprise pregnancy and ends with the protagonist discovering the joy of fatherhood. "A couple years of up all night and a few thousand diapers later," Chesney sings, "That mistake he thought he made covers up the refrigerator / Oh yeah, he loves that little girl." 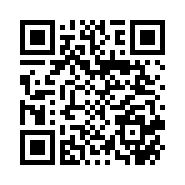