On the surface, Chi

On the surface, Chinatown is prosperous - a "model slum," some have called it - with the lowest crime rate, highest employment and least juvenile delinquency of any city district. Walk through its crowded streets at any time of day, and every shop is doing a brisk and businesslike trade: restaurant after restaurant is booming; there are storefront displays of shiny squids, clawing crabs and clambering lobster; and street markets offer overflowing piles of exotic green vegetables, garlic and ginger root. Chinatown has the feel of a land of plenty, and the reason why lies with the Chinese themselves: even here, in the very core of downtown Manhattan, they have been careful to preserve their own way of dealing with things, preferring to keep affairs close to the bond of the family and allowing few intrusions into a still-insular culture. There have been several concessions to Westerners - storefront signs now offer English translations, and Haagen Dazs and Baskin Robbins ice-cream stores have opened on lower Mott Street - but they can't help but seem incongruous. The one time of the year when Chinatown bursts open is during the Chinese New Year festival, held each year on the first full moon after January 19, when a giant dragon runs down Mott Street to the accompaniment of firecrackers, and the gutters run with ceremonial dyes.

Beneath the neighborhood's blithely prosperous facade, however, there is a darker underbelly. Sharp practices continue to flourish, with traditional extortion and protection rackets still in business. Non-union sweatshops - their assembly lines grinding from early morning to late into the evening - are still visited by the US Department of Labor, who come to investigate workers' testimonies of being paid below minimum wage for seventy-plus-hour work weeks. Living conditions are abysmal for the poorer Chinese - mostly recent immigrants and the elderly - who reside in small rooms in overcrowded tenements ill-kept by landlords. Yet, because the community has been cloistered for so long and has only just begun to seek help from city officials for its internal problems, you won't detect any hint of difficulties unless you reside in Chinatown for a considerable length of time. 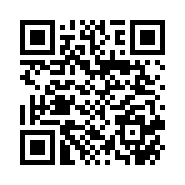