Oxford is a unique

Oxford is a unique and historic institution. As the oldest English-speaking university in the world, it lays claim to eight centuries of continuous existence. There is no clear date of foundation, but teaching existed at Oxford in some form in 1096 and developed rapidly from 1167, when Henry II banned English students from attending the University of Paris. In 1188, the historian, Gerald of Wales, gave a public reading to the assembled Oxford dons and in 1190 the arrival of Emo of Friesland, the first known overseas student, initiated the University's tradition of international scholarship. By 1201, the University was headed by a magister scolarum Oxonie, on whom the title of Chancellor was conferred in 1214, and in 1231 the masters were recognized as a uniuersitas or corporation.

In the 13th century, rioting between town and gown (students and townspeople) hastened the establishment of primitive halls of residence. These were succeeded by the first of xford's colleges or endowed houses whose architectural splendour, together with the University's libraries and museums, give the city its unique character. University, Balliol and Merton Colleges, established between 1249 and 1264, were the oldest.

Less than a century later, Oxford had achieved eminence above every other seat of learning, and won the praises of popes, kings and sages by virtue of its antiquity, curriculum, doctrine and privileges. In 1355, Edward III paid tribute to the University for its invaluable contribution to learning; he also commented on the services rendered to the state by distinguished Oxford graduates.

Oxford early on became a centre for lively controversy, with scholars involved in religious and political disputes. John Wyclif, a 14th-century Master of Balliol, campaigned for a bible in the vernacular, against the wishes of the papacy. In 1530, Henry VIII forced the University to accept his divorce from Catherine of Aragon. During the Reformation in the 16th century, the Anglican churchmen Cranmer, Latimer and Ridley were tried for heresy and burnt at the stake in Oxford. The University was Royalist in the Civil War, and Charles I held a counter-Parliament in Convocation House.

In the late 17th century, the Oxford philosopher John Locke, suspected of treason, was forced to flee the country. The 18th century, when Oxford was said to have forsaken port for politics, was also an era of scientific discovery and religious revival. Edmund Halley, Professor of Geometry, predicted the return of the comet that bears his name; John and Charles Wesley's prayer meetings laid the foundations of the Methodist Society.

The University assumed a leading role in the Victorian era. The Oxford Movement, led by John Henry Newman, broke from the Anglican Church in the 1840s. Twenty years later, the new University Museum was the site of a famous debate between Thomas Huxley, the champion of evolution, and Bishop Wilberforce.

From 1878, academic halls were established for women, who became members of the University in 1920. Since 1974, all but one of Oxford's 39 colleges have changed their statutes to admit both men and women. St Hilda's remains the only women's college.

In the years since the war, Oxford has added to its humanistic core a major new research capacity in the natural and applied sciences, including medicine. In so doing, it has enhanced and strengthened its traditional role as a focus for learning and a forum for intellectual debate.

The University of Oxford's total student population numbers just over 16,100 (students in residence, 1998-9). Almost a quarter of these students are from overseas, including the countries of the European Union.

More than 130 nationalities are represented among our student body. Almost 5,000 students are engaged in postgraduate work. Of these, around 3,000 are working in the arts and humanities. 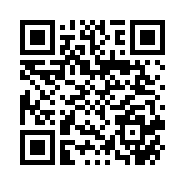