Sydney Opera House must be one of the most recognisable images of the modern world - up there with the Eiffel Tower and the Empire State Building - and one of the most photographed.

Not only is it recognisable, it has come to represent 'Australia'.

Although only having been open since 1973, it is as representative of Australia as the pyramids are of Egypt and the Colosseum of Rome.

The Opera House is situated on Bennelong Point, which reaches out into the harbour. The skyline of the Sydney Harbour Bridge, the blue water of the harbour and the Sydney Opera House, viewed from a ferry or from the air, is dramatic and unforgettable.

Ironic, perhaps, that this Australian icon - the Opera House with a roof evocative of a ship at full sail - was designed by renowned Danish architect - J?rn Utzon.

In the late 1950s the NSW Government established an appeal fund to finance the construction of the Sydney Opera House, and conducted a competition for its design.

Utzon's design was chosen. The irony was that his design was, arguably, beyond the capabilities of engineering of the time. Utzon spent a couple of years reworking the design and it was 1961 before he had solved the problem of how to build the distinguishing feature - the 'sails' of the roof.

The venture experienced cost blow-outs and there were occasions when the NSW Government was tempted to call a halt. In 1966 the situation - with arguments about cost and the interior design, and the Government withholding progress payments - reached crisis point and J?rn Utzon resigned from the project. The building was eventually completed by others in 1973.

Presented, as its first performance, The Australian Opera's production of War and Peace by Prokofiev.

Has an annual audience of 2 million for its performances.

Has 2194 pre-cast concrete sections as its roof.

Has roof sections weighing up to 15 tons.

Has roof sections held together by 350 kms of tensioned steel cable.

Has over 1 million tiles on the roof.

Uses 6225 square metres of glass and 645 kilometres of electric cable.

The ABC screened The Edge of The Possible, a film about J?rn Utzon and the Sydney Opera House. The film includes the first interview Utzon had given to Australian TV in 25 years. The Edge of the Possible is directed by Daryl Dellora, produced by Sue Maslin and was screened on the actual anniversary - 20 October 1998 - at 8.30pm. 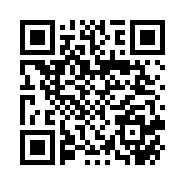