The construction of this marble masterpiece is credited to the Mughal emperor Shah Jahan who erected this mausoleum in memory of his beloved wife， Arjumarid Bano Begum； popularly known as Mumtaz Mahal， who died in A.H. 1040 （A.D. 1630）。泰姬陵是國王Shah Jahan為了自己死去的妻子Bano建造的。

Her last wish to her husband was "to build a tomb in her memory such as the world had never seen before". Thus emperor Shah Jahan set about building this fairy tale like marvel.  這為王后的最後期望是希望的她的丈夫為她建造一個世界前所未有的墳墓。

The construction of Taj Mahal was started in A.D. 1632 and completed at the ended in 1648 A.D. For seventeen years， twenty thousand workmen are said to have been employed on it daily， for their accommodation a small town， named after the deceased empress- 'Mumtazabad'， now known as Taj Ganj， was built adjacent to it.  泰姬陵於西元1632年開始建造，花費了17年的時間，在每天都動用了2萬工人。

Amanat Khan Shirazi was the calligrapher of Taj Mahal， his name occurs at the end of an inscription on one of the gates of the Taj. Poet Ghiyasuddin had designed the verses on the tombstone， while Ismail Khan Afridi of Turkey was the dome maker. Muhammad Hanif was the superintendent of Masons. Amanat是泰姬陵的書法家，他的名字刻在了大門的題詞下方。 詩人Ghiyasuddin也做了韻詩。 ISmail製作了園拱頂，Hanif是泥瓦匠監督。

The designer of Taj Mahal was Ustad Ahmad Lahauri. The material was brought in from allover India and central Asia and it took a fleet of 1000 elephants to transport it to the site. The central dome is 187 ft. high at the centre. 製作材料是用1000頭大象從印度各地和亞洲中部運來的。

Red sandstone was brought from Fatehpur Sikri， Jasper from Punjab， Jade and Crystal from China， Turquoise from Tibet， Lapis Lazuli and Sapphire from Sri Lanka， Coal & Comelian from Arabia and Diamonds from Panna. In all 28 kind of rare， semi precious and precious stones were used （or inlay work in the Taj Mahal. 翡翠和水晶是從中國而來。

The chief building material， the white marble was brought from the quarries of Makrana， in distt. Nagaur， Rajasthan. Copies of orders （farmans） issued to Raja Jai Singh， for the purpose by Shah Jahan， can be seen in the Taj Museum.

Taj Mahal's outer court， also known as Jilo Khana， was formerly used both as a bazar and a caravansarai （Rest house）。 On the south-east and south-west comers are the tombs of Sirhindi Begum and Satiunnisa Khanum. The Taj has a jewel-like quality.  泰姬陵的週邊廣場用來做大市場和休息廳。

The shadow and light play demonstrates its many moods.

Some feel the Taj is best seen on a full moon night， others find it ethereal at dawn while some insist that it is sensuous at sunset.  有些人認為泰姬陵在全月時的夜晚看起來最漂亮。有些人也認為黎明前看來有靈氣，日落時看有感性。 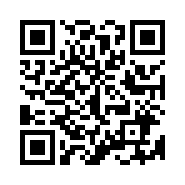