Toronto's Kyle Lowry scored 19 points and Terrence Ross had 17 as the Eastern Conference leaders won their fifth straight game and improved to 7-1. The Raptors have won their first five home games of a season for the first time in 11 years.
Among other games, Dallas' Dirk Nowitzki set a career scoring record as he helped the Mavericks come back from an even bigger deficit to beat Sacramento, and Memphis' underperforming reserves lifted to help the Grizzlies beat the Los Angeles Lakers.

Toronto erased an 11-point deficit in the fourth quarter and overran Orlando 104-100 on Tuesday, notching their ninth-consecutive win over the Magic and opening a two-game lead atop the NBA's Atlantic Division.

Germany's Nowitzki finished with 23 points as he helped the Mavericks erase a 24-point deficit en route to a 106-98 win over the Sacramento Kings.

Nowitzki came into Tuesday's contest needing 17 points to pass Olajuwon, who finished his brilliant career with 26,946 points. Olajuwon was born in Lagos, Nigeria.

Nowitzki entered the history books with under nine minutes remaining in the fourth quarter when he nailed one of his textbook high-arching jump shots. His three pointer gave the Mavs a 95-84 lead.

Chandler Parsons tallied 19 points and Monta Ellis delivered all of his 14 points in the second half to spark the comeback for Dallas, which has won 21 straight at home over the Kings.

Rudy Gay scored 26 points, Ramon Sessions had 18 in place of Darren Collison and DeMarcus Cousins finished with 16 points and 11 rebounds in a second straight loss. Collison did not play due to shoulder stiffness.

Memphis extended its home-court dominance with a 107-102 win over the Lakers. Mike Conley had 23 points and Marc Gasol did a little of everything as the Memphis Grizzlies got back into the win column.

Zach Randolph delivered his sixth double double in eight games and got the putback layup in the final seconds that iced the victory for the Grizzlies, who bounced back after suffering their first loss of the season on Saturday.

Randolph finished with 11 points and 10 assists and Gasol tallied eight points, nine assists and eight boards for the Grizzlies who had to weather a strong fourth quarter rally by Los Angeles.

Kobe Bryant found himself on the wrong end of history Tuesday as the Lakers star passed former Boston Celtic John Havlicek for the most missed field goals in NBA history.

Bryant missed a shot at 6:22 of the fourth quarter for his 13,418th career miss, giving him one more than Havlicek. He came into the game 13 misses off the record.

He said when you play in the league as long as he has you put up big numbers.Asked about setting the record, Bryant replied, “Nah, I don't follow that stuff.”

“Well, I am a shooting guard that has played 19 years. Like I said, 'shooting guard, 19th year,'” said Bryant.

Bryant finished with 28 points but needed 26 shots to get them in front of a crowd of 17,618 at FedEx Forum arena. Carlos Boozer scored a season-high 20 in the loss.

Memphis received a valuable contribution from its bench as Beno Udrih and Kosta Koufos shot a combined 13-for-16 from the floor for 16 and 14 points, respectively.

The Grizzlies have now beaten Los Angeles in four of five games since the start of last season and are 7-2 in their last nine contests.

Memphis has now won a franchise-best 17 straight regular season games at home. They began the season with a 6-0 mark and suffered a 93-92 loss to the Milwaukee Bucks Saturday.

The Lakers dropped to 1-6 and are off to one of their worst starts in franchise history. Jordan Hill shot just six-of-17 from the field and Jeremy Lin finished with 12 points, three turnovers and five fouls.

Los Angeles was playing without guard Wayne Ellington who flew to his native Philadelphia after his father was shot and killed on Sunday.

Milwaukee held off a late rally by Oklahoma City to beat the Thunder 85-78, with O.J. Mayo scoring 19 points for the Bucks.

Portland came back from a 23-point deficit in the first half to beat Charlotte 102-100, thanks chiefly to 29 points from Damian Lillard. 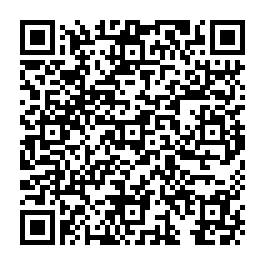