The Elysee Palace i

The Elysee Palace in France enjoys equal popularity in the world with the Buckingham Palace in the United Kingdom, the Kremlin in Russia as well as the White House in the U.S.A. It is the residence of the president of the French Republic and the symbol of the supreme authority in France.

The Elysee Palace, with an area of 11,000 square meters, is at the eastern end of the Champs Elysee in the bustling city of Paris proper and backed by a large and tranquil garden of more than twenty thousand square meters. Its main building, quite handsome and graceful, is a 2-story classical stone architecture of European style, flanked by two side buildings facing each other and with an extensive rectangular courtyard in the middle. There are altogether 369 halls and rooms of different size.

The Elysee Palace, built in 1718, has a long history of closing to 300 years to date. This house was at first a private residence of a count named d'Evreau, hence it was called Hotel d' Evreau. It had later gone through many vicissitudes and its owners had been changed for many times, but all the dwellers in it were distinguished personages and high officials. The house was renamed Bonaparte Mansion when it was owned by Louis XV and Louis XVI successively when they acted as emperors. Napoleon I signed his act of abdication here when he had suffered crushing defeat in the Battle of Waterloo in 1815. Napoleon III moved in the Mansion in 1848 when he was elected president, and the house became a Royal Palace when he proclaimed himself as emperor. The Third French Republic issued a decree in 1873, designating officially the Elysee Palace as the residence of president of the French Republic. Over the hundred odd years since then, almost all the presidents of the French Republic worked and lived there. Starting from 1989, the Elysee Palace is open to the public every year in September on the French Castles Day. 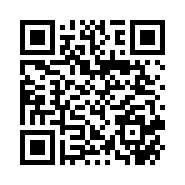