Test of English as a Foreign Language

From Wikipedia, the free encyclopedia

Test of English as a Foreign Language or TOEFL /ˈtoʊfəl/ toh-fəl, is a standardised test of English languageproficiency for non-native English language speakers wishing to enroll in U.S. universities. The test is accepted by many English-speaking academic and professional institutions. TOEFL is one of the two major English-language tests in the world, the other being the IELTS.

TOEFL is a trademark of ETS (Educational Testing Service), a private non-profit organisation, which designs and administers the tests. The scores are valid for two years; then they are no longer reported.[5]

In 1962, a national council made up of representatives of thirty government and private organizations was formed to address the problem of ensuring English language proficiency for non-native speakers wishing to study at U.S. universities. This council recommended the development and administration of the TOEFL exam for the 1963-1964 time frame.[6]

The test was originally developed at the Center for Applied Linguistics under the direction of Stanford University applied linguistics professor Dr. Charles A. Ferguson.[7]

The TOEFL test was first administered in 1964 by the Modern Language Association financed by grants from the Ford Foundation and Danforth Foundation.[6]

In 1965, The College Board and ETS jointly assumed responsibility for the continuation of the TOEFL testing program.[6]

In 1973, a cooperative arrangement was made between ETS, The College Board, and the Graduate Record Examinationsboard of advisers to oversee and run the program. ETS was to administer the exam with the guidance of the TOEFL board.[6]

To the present day, college admission criteria for international students who are Commonwealth of Nations nationals are exempted from taking the TOEFL exam - nations which are part of the Anglosphere (from Commonwealth realms to former British colonies e.g. Hong Kong SAR or former protectorates of the United States) where English is the de facto official language automatically grants a TOEFL exemption with some restrictions (e.g. residents of Quebec are required to take TOEFL while the rest of Canada is exempt).

Since its introduction in late 2005, the TOEFL Internet-based Test (iBT) format has progressively replaced the computer-based tests (CBT) and paper-based tests (PBT), although paper-based testing is still used in select areas. The TOEFL iBT test has been introduced in phases, with the United States, Canada, France, Germany, and Italy in 2005 and the rest of the world in 2006, with test centers added regularly. The CBT was discontinued in September 2006 and these scores are no longer valid.

Initially, the demand for test seats was higher than availability, and candidates had to wait for months. It is now possible to take the test within one to four weeks in most countries.[8] The four-hour test consists of four sections, each measuring one of the basic language skills (while some tasks require integrating multiple skills), and all tasks focus on language used in an academic, higher-education environment. Note-taking is allowed during the TOEFL iBT test. The test cannot be taken more than once every 12 days.[9]

One of the sections of the test will include extra, uncounted material. Educational Testing Service includes extra material to pilot test questions for future test forms. When test-takers are given a longer section, they should give equal effort to all of the questions because they do not know which question will count and which will be considered extra. For example, if there are four reading passages instead of three, then one of the passages will not be counted. Any of the four could be the uncounted one.

The TOEFL® paper-based Test (PBT) is available in limited areas. Scores are valid for two years after the test date, and test takers can have their scores sent to institutions or agencies during that time.[11]

Most colleges use TOEFL scores as only one factor in their admission process, with a college or program within a college often setting a minimum TOEFL score required. The minimum TOEFL iBT scores range from 61 (Bowling Green State University) to 100 (MIT, Columbia, Harvard).[citation needed] A sampling of required TOEFL admissions scores shows that a total TOEFL iBT score of 74.2 for undergraduate admissions and 82.6 for graduate admissions may be required.[citation needed]

ETS has released tables to convert between iBT, CBT and PBT scores.[13]

TOEFL ITP tests are paper-based and use academic content to evaluate the English-language proficiency of non-native English speakers. The tests use new and previously administered TOEFL test questions and are used for placement, progress, evaluation, exit testing and other situations. The test scores, format and content of the test matches the "TOEFL PBT",[14] with the exception of not including the TWE (Test of Written Expression).

Unlike the TOEFL iBT and PBT tests, TOEFL ITP tests are administered by the institution and for internal use. It should not replace the need for the TOEFL iBT test, which is administered securely and includes Speaking and Writing components. There are two levels of TOEFL ITP: Level 1 (intermediate to advanced) and Level 2 (high beginning to intermediate).TOEFL ITP scores are mapped to the CEFR and test takers are provided with a certificate of achievement.[15] 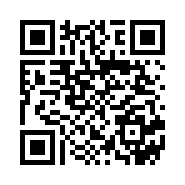