摩門教的創始者。最有名的源於美國的宗教。
The founder of Mormonism, America’s most famous homegrown faith.

Family planning clinics
In 1915 Sanger visited a Dutch birth control clinic at which she became convinced that a diaphragm was actually a more effective means of contraception than the suppositories and douches that she had been distributing back in the United States. This realization began the slow introduction of the diaphragm to the United States with Sanger later illegally smuggling them into the country.

In 1916, Sanger published What Every Girl Should Know, which was later widely distributed as one of the E. Haldeman-Julius "Little Blue Books." It provided information about such topics as menstruation and sexuality in adolescents. It was followed in 1917 by What Every Mother Should Know. She also launched the monthly periodical The Birth Control Review and Birth Control News and contributed articles on health to the Socialist Party paper, The Call.

On October 16, 1916, Sanger opened a family planning and birth control clinic at 46 Amboy St. in the Brownsville neighborhood of Brooklyn, the first of its kind in the United States. It was raided 9 days later by the police. She served 30 days in prison. An initial appeal was rejected but in 1918 an opinion written by Judge Frederick E. Crane of the New York Court of Appeals allowed doctors to prescribe contraception.Sanger founded the American Birth Control League (ABCL) in 1921. In 1922 she traveled to Japan to work with Japanese feminist Kato Shidzue promoting birth control; over the next several years, she would return another six times for this purpose. In this year she married her second husband, oil tycoon James Noah H. Slee.

In 1923 under the auspices of the ABCL, she established the Clinical Research Bureau (CRB). Sanger eventually found a loophole in the system when she had learned that physicians were exempt from the law that prohibited the distribution of contraceptive information to women when prescribed for medical reasons. With the help of her wealthy supporters, Sanger was finally able to open the first legal birth control clinic that was staffed entirely by female doctors and social workers. It was the first legal birth control clinic in the U.S. (renamed Margaret Sanger Research Bureau in 1940). It received crucial grants from John D. Rockefeller, Jr.'s Bureau of Social Hygiene from 1924 onward. The grants were made anonymously to avoid public exposure of the Rockefeller name to her agenda. The family also consistently supported her ongoing efforts in regard to population control.Also in 1923 she formed the National Committee on Federal Legislation for Birth Control and served as its president until its dissolution in 1937 after birth control, under medical supervision, was legalized in many states. In 1927 Sanger helped organize the first World Population Conference in Geneva.

Between 1921 and 1926 Sanger received over a million letters from mothers requesting information on birth control.[citation needed] From 1916 on she lectured "in many places—halls, churches, women's clubs, homes, theaters" to "many types of audiences—cotton workers, churchmen, liberals, Socialists, scientists, clubmen, and fashionable, philanthropically minded women."In 1926 Sanger gave a lecture on birth control to the women's auxiliary of the Ku Klux Klan in Silver Lake, New Jersey.[12] She described it as "one of the weirdest experiences I had in lecturing," and added that she had to use only "the most elementary terms, as though I were trying to make children understand." Sanger's talk was well-received by the group and as a result "a dozen invitations to similar groups were proffered."

In the early 1960s Sanger promoted the use of the newly-available birth control pill. She toured Europe, Africa and Asia lecturing and helping to establish clinics.Sanger died in 1966 in Tucson, Arizona, 8 days shy of her 87th birthday and only a few months after the Griswold v. Connecticut decision, which legalized birth control for married couples in the U.S., the apex of her 50-year agenda.Sanger's books include Woman and the New Race (1920), The Pivot of Civilization (1922), Happiness in Marriage (1926), My Fight For

Birth Control (1931) and an autobiography (1938).
The book, Motherhood in Bondage, is a large compilation of actual letters that were written to Margaret Sanger in desperation by thousands of women who were begging to be given information on how they could prevent unwanted pregnancies for a vast number of different reasons.

Philosophy
Although Sanger was greatly influenced by her father, her mother's death left her with a deep sense of dissatisfaction concerning her own and society's understanding of women's health and childbirth. She also criticized the censorship of her message about sexuality and contraceptives by the civil and religious authorities as an effort by men to keep women in submission. An atheist, Sanger attacked Christian leaders opposed to her message, accusing them of Obscurantism and insensitivity to women's concerns. Sanger was particularly critical of the lack of awareness of the dangers of and the scarcity of treatment opportunities for venereal disease among women. She claimed that these social ills were the result of the male establishment's intentionally keeping women in ignorance. Sanger also deplored the contemporary absence of regulations requiring registration of people diagnosed with venereal diseases (which she contrasted with mandatory registration of those with infectious diseases such as measles).Sanger was also an avowed socialist, blaming what she saw as the evils of contemporary capitalism for the unsatisfactory conditions of young white working-class women. Her very personal views on this issue are evident in the last pages of What Every Girl Should Know.

Psychology of sexuality
While Sanger's understanding of and practical approach to human physiology were progressive for her times, her thoughts on the psychology of human sexuality place her squarely in the pre-Freudian 19th century[original research?]. Birth control, it would appear, was for her more a means to limit the undesirable side effects of sex than a way of liberating men and women to enjoy it. In What Every Girl Should Know, she wrote: "Every normal man and woman has the power to control and direct his sexual impulse. Men and woman who have it in control and constantly use their brain cells thinking deeply, are never sensual." Sexuality, for her, was a kind of weakness, and surmounting it indicated strength.Sanger was also influenced by psychologist Havelock Ellis, especially in regards to his theories on female sexuality and its importance. His views inspired Sanger to broaden her arguments for birth control claiming that in addition to an already large number of reasons, it would also fulfill a critical psychological need by enabling women to fully enjoy sexual relations, free from the fear of an unwanted pregnancy. After Sanger and her husband divorced later on, Sanger had an affair with Ellis and also reportedly had an intimate relationship with H.G. Wells.

Though sex cells are placed in a part of the anatomy for the essential purpose of easily expelling them into the female for the purpose of reproduction, there are other elements in the sexual fluid which are the essence of blood, nerve, brain, and muscle. When redirected in to the building and strengthening of these, we find men or women of the greatest endurance greatest magnetic power. A girl can waste her creative powers by brooding over a love affair to the extent of exhausting her system, with the results not unlike the effects of masturbation and debauchery.Early in her writings, Sanger, like many Americans in the early 20th Century, sometimes entertained archaic thoughts on human development: 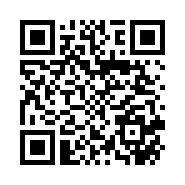