The US then concentrated on bullying its poor neighbors in Central America and the Caribbean, meddling in the affairs of El Salvador, Nicaragua, Panama and Grenada. The collapse of the Soviet Bloc's 'Evil Empire' in 1991 left the US as the world's sole superpower, and the Gulf War in 1992 gave George Bush the opportunity to lead a coalition supposedly representing a 'new world order' into battle against Iraq. Domestic matters, such as health reform, gun ownership, drugs, racial tension, gay rights, balancing the budget, the tenacious Whitewater scandal and the Monica Lewinsky 'Fornigate' affair tended to overshadow international concerns during the Clinton administration. In a bid to kickstart its then-ailing economy, the USA signed NAFTA, a free-trade agreement with Canada and Mexico, in 1993, invaded Haiti in its role of upholder of democracy in 1994, committed thousands of troops to peacekeeping operations in Bosnia in 1995, hosted the Olympics in 1996 and enjoyed, over the past few years, the fruits of a bull market on Wall St. The 2000 presidential election made history by being the most highly contested race in the nation's history.

The Democratic candidate, Al Gore, secured the majority of the popular vote but lost the election when all of Florida’s electoral college votes went to George W Bush, who was ahead of Gore in that state by only 500 votes. Demands for recounts, a ruling by the Florida Supreme Court in favor of partial recounts, and a handful of lawsuits generated by both parties were brought to a halt when the US Supreme Court split along party lines and ruled that all recounts should cease. After five tumultuous weeks, Bush was declared the winner. The early part of Bush’s presidency saw the US face international tension, with renewed violence in the Middle East, a spy-plane standoff with China and nearly global disapproval of US foreign policy with regard to the environment. On the domestic front, a conside

erably weakened economy provided challenges for national policymakers. Whether the US can continue to hold onto its dominant position on the world stage and rejuvenate its economy remains to be seen 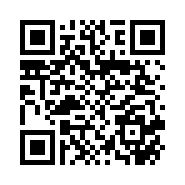