Madrid (CNN) -- A doctor treating the Spanish nurse's assistant who's the first person to contract Ebola outside Africa in the current outbreak said Wednesday that she may have been exposed while removing her protective suit.

Dr. German Ramirez said the woman, who is in isolation at Madrid's Carlos III Hospital, told him it was possible that she might have had contact with the suit -- possibly the gloves -- on her face.

"That's what we were working on -- on the errors possibly made while removing the protective suit," he told reporters outside the hospital.

"I've spoken to her three times, and she has authorized me to give this information."

Nephew of Ebola patient speaks out

Ramirez said the woman, named in Spanish media reports as Teresa Romero Ramos, was confused about the calls she was receiving.

In a phone conversation with Spanish newspaper El Mundo, she said she had followed all necessary protocols and had no idea how she got the deadly virus. "I can't tell you, I haven't the slightest idea," she was quoted as saying.

The woman helped to care for a Spanish missionary who was infected with Ebola in West Africa and who died after being brought to the hospital where she worked.

Was she worried she might have contracted the disease after helping with his care? "Well, no, not at all," she told El Mundo.

Deadliest Ebola outbreak: What you need to know

Spain's handling of the situation has come under question as it emerged that the nurse's assistant was not taken into isolation for several days after first developing a slight fever on September 30, while she was on vacation.

She was eventually hospitalized on Monday, when her only symptom was a high fever.

Ramos took a test the next day, learning two hours later that she had tested positive for Ebola, said a doctor at Madrid's Alcorcon hospital, who wasn't named as is customary in Spain.

It took an additional eight hours for her to be transferred to Carlos III hospital, which specializes in treating infectious diseases. During that stretch, she was still in an emergency room exposed to other patients as well as medical workers moving back and forth -- even if it was known she had Ebola, said an Alcorcon hospital worker.

How did Spanish nurse catch Ebola?

A matter of international concern

A spokesman for Madrid's regional health authorities said the woman is "doing better" and her husband, who's under observation, is not showing any symptoms.

Prime Minister Mariano Rajoy said the country was "facing a matter that is of international concern" but urged people to "keep calm."

"I would like to ask you to allow the health workers to work. The Spanish health system is one of the best in the world," he said. 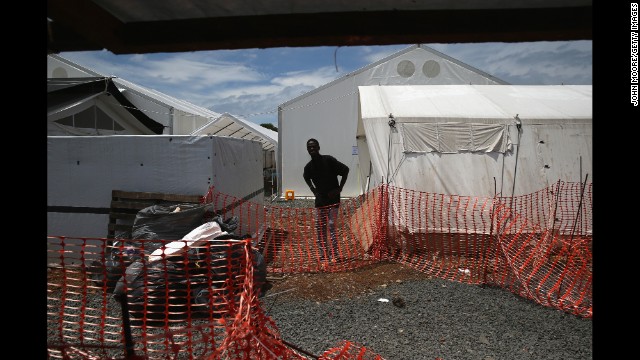 Medical authorities are now focused on tracing and monitoring all those who came in contact with the woman.

Six people related to the case were in the Madrid hospital as of late Wednesday, including two doctors and a male nurse admitted earlier in the day, Carlos III hospital said in a press release.

The nurse's assistant is the only one confirmed to have Ebola. Besides that the three new cases, the others include the woman's husband, judged to be at high risk of infection, and a nurse from the same hospital. Two others were released from Carlos III hospital earlier in the today -- a Spanish man who'd recently come from Nigeria and a female nurse.

Can you catch Ebola on a plane?

The infected woman helped treat two Spanish missionaries, one of whom contracted Ebola in Liberia and the other in Sierra Leone. Both died after returning to Spain, the first in August and the second in late September.

The hospital has not revealed the woman's condition, citing privacy concerns.

El Mundo said in its interview that she said she was feeling "a little better now" but sounded exhausted by answering questions.

Her husband told the same paper that his wife had volunteered for the dangerous task of caring for the infected priests.

He was concerned about the couple's dog, named Excalibur, saying that authorities wanted to put it down.

According to the Centers for Disease Control and Prevention, some studies have shown that dogs can carry the virus without showing symptoms. However, human infections to date have not been linked to dogs.

About 20 people campaigned Wednesday morning to save the couple's pet, chanting their support outside the apartment block in Madrid where they live.

And an online petition to save the dog from being killed already has more than 350,000 signatures. "It would be much easier to isolate or quarantine the dog just as they have the victim's husband," the petition states, rather than forcing the couple to lose "one of the family."

However, the spokesman for Madrid's regional health authorities told CNN that "despite the protests, the dog will be put down today."

The couple's apartment "is now being disinfected," he said.

Dozens of people being monitored

A total of 30 people from Carlos III Hospital and 22 others -- from the Alcorcon hospital where the woman first sought care, plus family members -- are being monitored, authorities said Tuesday.

CNN's Dr. Sanjay Gupta told CNN's "AC360" show Tuesday that although the woman had a slight fever, she may not have been very infectious in the days before she was hospitalized.

Although she was on vacation, the assistant stayed in Madrid, Spain's capital, rather than flying farther afield.

The World Health Organization said Wednesday that sporadic cases of Ebola in Europe are "unavoidable" because of travel between Europe and affected countries.

"However, the risk of spread of Ebola in Europe is avoidable and extremely low," it said.

Health care workers are on the front line of the fight against the disease, the statement added, and "need to be protected and supported by all means."

A spokesman for the European Commission, Frederic Vincent, told CNN that there had been eight confirmed cases of Ebola in Europe. Of those, only the nurse's assistant in Spain was infected within Europe. The others are: one each in Britain, France and Norway, two in Germany, and the two Spanish priests who died.

According to WHO, only three Ebola cases are still being treated in Europe: one in Germany, one in Norway and the nurse's assistant in Spain.

The United Nations said that one of its medical officials in Liberia had contracted Ebola and was being treated there. The international worker, who's not been named, is the second member of the U.N. mission in Liberia to be infected with the virus. The first died on September 25.

The outbreak of Ebola in western Africa could cost the continent's economies $32 billion over the next two years if it spreads to its larger neighbors, the World Bank estimated in a report Wednesday.

France is contributing about $88 million to fight the Ebola outbreak, the French Foreign Ministry said.

Half of that amount is dedicated to setting up an Ebola treatment center in Guinea, as well boosting medical and material aid to several West African countries. The remainder is to support U.N. and international institutions and nongovernmental organizations, the ministry said in a statement.

Ebola drugs in the works

Spanish authorities have said that all the proper protocols and procedures were followed in the care of the two missionaries. But the European Union has asked for an explanation as to how the woman was infected.

Angry doctors and nurses outside Carlos III Hospital said Tuesday they were outraged the two missionaries had been brought to the hospital.

They said the two priests, Miguel Pajares and Manuel Garcia Viejo, were almost dead when they arrived, and that they should not have been brought back to Spain, thereby putting other people's lives at risk.

Juan Jose Cano, a spokesman for the national nurses' and health care assistants' union, told CNN that health care workers had presented a document a court in Madrid in July that "highlighted how they didn't have enough information or training," or awareness of the protocols to follow for Ebola-infected patients. 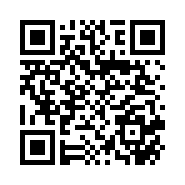