New York City is the

New York City is the most beguiling place there is. You may not think so at first - for the city is admittedly mad, the epitome in many ways of all that is wrong in modern America. But spend even a week here and it happens - the pace, the adrenaline take hold, and the shock gives way to myth. Walking through the city streets is an experience, the buildings like icons to the modern age, and above all to the power of money. Despite all the hype, the movie-image sentimentalism, Manhattan - the central island and the city's real core - has massive romance: whether it's the flickering lights of the midtown skyscrapers as you speed across the Queensboro bridge, the 4am half-life in Greenwich Village, or just wasting the morning on the Staten Island ferry, you really would have to be made of stone not to be moved by it all.

None of which is to suggest that New York is a conventionally pleasing city. Take a walk in Manhattan beside Central Park, notably its east side, past the city's richest apartments and best museums, and keep walking: within a dozen or so blocks you find yourself in the lower reaches of Spanish Harlem. The shock could hardly be more extreme. The city is constantly like this, with glaring, in-your-face wealth juxtaposed with urban problems - poverty, the drug trade, homelessness - that have a predictably high profile. Things have definitely changed during the nineties, especially in the recent, Mayor Guiliani years. Crime figures are at their lowest in years and are still dropping (statistically, New York is now one of the country's safest big cities), and renewal plans have finally begun to undo years of urban neglect. But for all its new clean-cut image New York remains a unique place – one you'll want to return to again and again.

The city also has more straightforward pleasures. There are the different ethnic neighborhoods of Lower Manhattan, from Chinatown to the Jewish Lower East Side and ever diminishing Little Italy; and the artsy concentrations in SoHo, TriBeCa, and the East and West Village. There is the architecture of corporate Manhattan and the more residential Upper East and West Side districts (the whole city reads like an illustrated history of modern design); and there is the art, which affords weeks of wandering in the Metropolitan and Modern Art Museums and countless smaller collections. You can eat anything, at any time, cooked in any style; drink in any kind of company; sit through any number of obscure movies. The established arts - dance, theater, music - are superbly catered for, and although the contemporary music scene is perhaps not as vital or original as in, say, London or Los Angeles, New York's clubs are varied and exciting, if rarely inexpensive. And for the avid consumer, the choice of shops is vast, almost numbingly exhaustive in this heartland of the great capitalist dream. 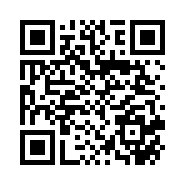