Niagara Falls comprises three distinct cataracts. The tallest are the American and Bridal Veil falls on the American side, separated by tiny Luna Island and plunging over jagged rocks in a 180ft drop; the broad Horseshoe Falls which curve their way over to Canada are probably the most impressive. They date back a mere twelve thousand years, when the retreat of melting glaciers allowed water trapped in Lake Erie to gush north to Lake Ontario. Back then the falls were seven miles downriver, but constant erosion has cut them back to their present site. The falls are colorfully lit up at night, and many say they're most beautiful in winter, when the grounds are covered in snow and the waters turn to ice.

The best views on the American side are from the Prospect Point Observation Tower (daily; 50￠), and from the area at its base where the water rushes past; Terrapin Point on Goat Island in the middle of the river has similar views of Horseshoe Falls. The nineteenth-century tightrope-walker Blondin crossed the Niagara repeatedly near here, and even carried passengers across on his back; other suicidal fools over the years have taken the plunge in barrels. One survivor among the many fatalities was the Englishman Bobby Leach, who went over in a steel barrel in July 1911 and had to spend the rest of the year in hospital. That practice has since been banned (though a couple of maniacs did it in summer 1995 and came away with minor bruises), for reasons which become self-evident when you approach the towering cascade on the not-to-be-missed Maid of the Mist boat trip from the foot of the observation tower (summer Mon-Fri 10am-5pm, Sat & Sun 10am-6pm; $8.50; 716/284-4233). From Goat Island, the Cave of the Winds tour leads down to the base of the falls by elevator to within almost touching distance of the water (mid-May to late Oct; $5.50). A combination pass for these and other attractions costs $16. Rainbow helicopter tours (716/284-2800) are a more expensive proposition at $40 per person for a ten-minute ride. To check the view out from Niagara Falls, Ontario, it's a twenty-minute walk across the Rainbow Bridge to the Canadian side (25￠ each way; bring ID, and check with US Immigration officials before heading across), where you get an arguably better view, bigger crowds and even more tawdry commercialism. Driving across is inadvisable: the toll for a car is just 75￠, but parking on the other side is upwards of $15.

As you look on in awe, reflect that you're seeing only about half the volume of water - the rest is diverted to hydroelectric power stations. The full story of this engineering feat is related at the free Niagara Power Project Visitors Center in nearby Lewiston (July & Aug daily 9am-6pm; Sept-June daily 10am-5pm; 716/285-3211). With your own transportation it's also possible to trace the inhospitable Niagara Gorge two miles along the dramatic Robert Moses Parkway to the Whirlpool Rapids, a violent maelstrom swollen by broken trees and other flotsam.

Ten miles east of Niagara Falls, the town of LOCKPORT takes its name from the series of locks that raise and lower boats some 65ft at the western end of the Erie Canal. You can see the impressive flight of locks from the Pine Street Bridge, or up close on canal boat tours (May - Nov daily at 12.30 & 3pm, also 10am on Sat; $9; 716/693-3260). 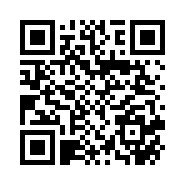