News of Hau being eyed to take over the position of premier began to surface following Kuomintang (KMT) Taipei mayoral candidate Sean Lien's (連勝文) campaign manager and KMT Legislator Alex Tsai (蔡正元) publicly criticizing Jiang and imploring the incumbent premier to step down.
Jiang's statements were in response to the widely circulated rumor that Taipei Mayor Hau Lung-bin (郝龍斌) may be approached to replace the incumbent premier.On the program, which is hosted by former politician Chao Shao-kang (趙少康), Jiang stated that he is not obsessed with power and that he is ready to take full responsibility for his part in a major national problem, even if that means his resignation.

Tsai also reportedly stated that Jiang needs to be replaced for failing in his responsibilities, and that the most suitable candidate for the position is none other than Hau, who has a solid background in the issues of food sanitation, hygiene and safety.

Lien was also noted to have criticized the central government's actions during the recent food scandals. The mayoral candidate stated previously that if he were Jiang, he would have stepped down already for his inability to resolve the situation in a timely manner.

During the program, Jiang stated that he held nine conferences to address and handle the issue of food contamination in late September.

Jiang stated that he wishes to resolve the situation as soon as possible under his leadership and eradicate food contamination in its entirety, including contamination of rice, wheat, sugar and salt.

The Ministry of Health and Welfare is in the process of designing a response system to deal with the situation, the premier said, which is estimated to be completed between October and December.

In conclusion, Jiang stated that he does not care whether he can retain his current post as premier; rather, he is most concerned about preventing food contamination from affecting the entire public in the future.

During a public appearance yesterday, Hau was asked by local media to respond to Lien's statements, which hinted that Jiang should step down from his post.

In response, Hau said that he believes Lien had been misquoted, and that it is his duty as a mayoral candidate to act as the voice of the general public.

Hau also responded to reports of him taking over as premier, stating that the rumors were untrue.

The most important issue at hand, Hau said, is a concerted effort between local and central governments to relieve the general public of the anxiety of the recent food scandals, as well as establishing strong policies to regulate all food companies to prevent pollution in the future. 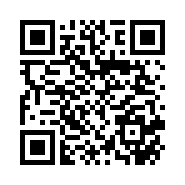