US calls for swift probe into Hong Kong police brutality為迅速探美國呼籲香港警察的暴行

"We encourage Hong Kong authorities to carry out a swift, transparent, and complete investigation into the incident," State Department spokeswoman Jen Psaki told reporters, urging the government to show restraint and protesters to remain peaceful.
The United States said it was "deeply concerned" by the police brutality reports.Tensions soared in the former British colony after the video went viral Wednesday, with protesters saying they had lost all faith in the police despite the accused officers being "removed" from their posts by city authorities.

Television footage of officers assaulting the unarmed protester in a dark corner of a public park has sparked outrage and calls for prosecution from activists and lawmakers in the city.

The Asian financial hub has been rocked by mass rallies for much of the last fortnight calling for full democracy and causing significant disruption to a city usually known for its stability.

Protesters are angry at China's insistence that it vet candidates standing for election as the city's next leader in 2017, a proposal they have dubbed "fake democracy".

After weeks of largely ceding control to protesters at three main sites, police have begun probing demonstrator defences in the last few days, tearing down some barricades and sparking running battles.

But the city authorities face a major backlash after footage was aired showing officers kicking and beating a handcuffed protester in a public park during clashes early Wednesday.

"It is stomach-churning to think there are Hong Kong police officers that feel they are above the law," Mabel Au, director of Amnesty Hong Kong, said in a statement.

The incident has become another public relations disaster for the police, who were severely criticised for firing tear gas on umbrella-wielding protesters on September 28 in a move that attracted worldwide attention.

Demonstrators have also accused officers of failing to come to their aid during several attacks by violent pro-government thugs.

With trust between the government and protesters at an all time low, renewed clashes between police and protesters broke out again in the early hours of Thursday over a contested road near Hong Kong leader Leung Chun-Ying's offices.

Officers used pepper-spray against defiant demonstrators shouting chants accusing them of links with criminal triad gangs - but the flurry of violence was brief compared to the night before.

Police said Thursday they were forced to deploy pepper spray after officers were surrounded by a hostile crowd while trying to arrest a demonstrator seen kicking a bottle into the road. Three officers were injured in the subsequent melee.

"The major thing is people have realised how police become corrupt under a government that doesn't represent the people of Hong Kong," said Kay Wong, 25, a university research assistant.Several thousand gathered late Wednesday at the main protest site in Admiralty to hear speeches by protest leaders, who urged demonstrators to stay peaceful in the face of violence.

Police said seven officers had been identified in relation to the video and that they would be reassigned pending an investigation. Hong Kong's security chief meanwhile promised a "just and fair investigation".

As well as demanding Beijing rescind its plan to vet the city's next leader, protesters are calling on Leung to resign.

He had been due to attend a question and answer session at the city's parliament but cancelled his appearance after "security and risk assessments".

Protesters have camped outside the building for more than three weeks.

The government pulled out of talks with student leaders last week and with little sign of them sitting down any time soon questions have been raised over whether the police can control increasingly angry crowds of predominantly young protesters.

A Beijing official Wednesday said China saw no need "so far" for its army to be deployed to contain the protests, but did not rule out the option.

Rumours have frequently swept protest camps that the People's Liberation Army, which maintains a garrison in the city, will be deployed if Beijing feels Hong Kong police cannot handle the demonstrations.

Patience with protesters is running short in some quarters, with shop owners and taxi drivers losing business and commuters voicing irritation at disruptions and delays.

The South China Morning Post, the city's most prominent English daily, on Thursday called on protesters to vacate the streets, saying there was little chance of Beijing conceding to their demands.

"The campaign may end in a manner that no one desires. It is perhaps time the protesters considered retreating and reviewing their strategy," the paper said in an editorial, effectively throwing its weight behind the government. 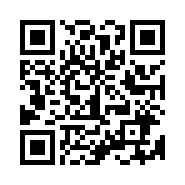