Goldwyn was born Schmuel Gelbfisz in Warsaw, Congress Poland, Russian Empire to a Polish Jewish family. At an early age he left Warsaw on foot and penniless. He made his way to Birmingham, England, where he remained with relatives for a few years using the name Samuel Goldfish. In 1898, he emigrated to the United States, but fearing refusal of entry, he got off the boat in Nova Scotia, Canada, before moving on to New York in January 1899. He found work in upstate Gloversville, New York, in the bustling garment business. Soon his innate marketing skills made him a very successful salesman. After four years, as vice-president for sales, he moved back New York City.

Gelbfisz became a naturalized citizen of the United States in 1902. At the time, the fledgling film industry was expanding rapidly and in his spare time, an enraptured Gelbfisz went to see as many movies as possible. Before long, he went into the business with Vaudeville performer Jesse L. Lasky, his brother-in-law at the time, and Adolph Zukor, a theater owner. Together, the three produced their first film, using an ambitious young director named Cecil B. DeMille. Disputes arose between the partners and Gelbfisz left after a few years but their company evolved to later become Paramount Pictures. Shortly before this, he also divorced his first wife, Blanche (née Lasky), with whom he had a daughter, Ruth Anne.

In 1916 he partnered with Broadway producers Edgar and Archibald Selwyn, using a combination of both names to call their movie-making enterprise the Goldwyn Pictures Corporation. Seeing an opportunity, Samuel Gelbfisz then had his name legally changed to Samuel Goldwyn, which he used for the rest of his life. The Goldwyn Company proved moderately successful but it is their "Leo the Lion" trademark for which the organization is most famous. Eventually the company was acquired by Marcus Loew and his Metro Pictures Corporation but by then Samuel Goldwyn had already been forced out by his partners and was never a part of the new studio that became Metro-Goldwyn-Mayer. Goldwyn was married to Blanche Lasky, a sister of one of his partners Jesse, from 1910 to 1915. In 1925, he married actress Frances Howard to whom he remained married for the rest of his life. Their son, Samuel Goldwyn, Jr., would eventually join his father in the business.

In 1946, the year he was honored by the Academy of Motion Picture Arts and Sciences with the Irving G. Thalberg Memorial Award, Goldwyn's drama The Best Years of Our Lives, starring Myrna Loy, Fredric March, Teresa Wright and Dana Andrews, won the Academy Award for Best Picture. In the 1950s Samuel Goldwyn turned to making a number of musicals including the 1955 hit Guys and Dolls starring Marlon Brando, Jean Simmons, Frank Sinatra, and Vivian Blaine. This was the only independent film that Goldwyn ever released through MGM.  Two years later, in 1957, he was awarded The Jean Hersholt Humanitarian Award for his outstanding contributions to humanitarian causes.

In his final film, made in 1959, Samuel Goldwyn brought together African-American actors Sidney Poitier, Dorothy Dandridge, Sammy Davis, Jr. and Pearl Bailey in a film rendition of the George Gershwin opera, Porgy and Bess. Released by Columbia Pictures, the film was nominated for three Oscars, but won only one. It was also a critical and financial failure, and the Gershwin family reportedly disliked the film and eventually pulled it from distribution. The reception of the film was a huge disappointment to Goldwyn.

On March 27, 1971, Goldwyn was presented with the Presidential Medal of Freedom by President Richard Nixon. 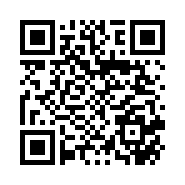