Brigham Young (June 1, 1801 – August 29, 1877) was an American leader in the Latter Day Saint movement and a settler of the western United States. He was the President of The Church of Jesus Christ of Latter-day Saints (LDS Church) from 1847 until his death and was the founder of Salt Lake City and the first governor of Utah Territory, United States. Brigham Young University was named in his honor.

Young had a variety of nicknames, among the most popular being "American Moses," (alternatively the "Modern Moses" or the "Mormon Moses") because, like the Biblical figure, Young led his followers, the Mormon pioneers, in an exodus through a desert, to what they saw as a promised land. Young was also dubbed the "Lion of the Lord" for his bold personality, and was commonly called "Brother Brigham" by Latter-day Saints. Young was a polygamist and was involved in controversies regarding black people and the Priesthood, the Utah War, and the Mountain Meadows massacre.

Governor of Utah Territory
As colonizer and founder of Salt Lake City, Young was appointed the territory's first governor and superintendent of American Indian affairs by President Millard Fillmore. During his time as governor, Young directed the establishment of settlements throughout Utah, Idaho, Arizona, Nevada, and parts of southern Colorado and northern Mexico. Under his direction the pioneers built roads and bridges, forts, irrigation projects, and established public welfare, organized a militia, and pacified the Native Americans. Young organized the first legislature and established Fillmore as the territory's first capital. In 1856 he organized an efficient mail service. In 1858 he stepped down to his successor Alfred Cumming.

Church Presidency
Initial actions as church president
After three years of leading the church as the President of the Quorum of the Twelve, in 1847 Young reorganized a new First Presidency and was declared president of the church on December 27, 1847. Repeated conflict led Young to relocate his group of Latter-day Saints to a territory in what is now Utah, then part of Mexico. Young organized the journey that would take the faithful to Winter Quarters, Nebraska, in 1846 , then to the Salt Lake Valley. Young arrived in the Salt Lake Valley on July 24, 1847, a date now recognized as Pioneer Day in Utah.

Polygamy
The LDS church under Brigham Young is perhaps best known for its practice of polygamy. Though most historians think that polygamy among Latter Day Saints was taught and practiced by Joseph Smith, Young's predecessor, many adherents to other Latter Day Saint denominations such as the Community of Christ believe that polygamy in the Mormon church originated under Brigham Young. The church's first official statement on the subject was given by Brigham Young in 1853 after the church had arrived in Utah. Young's words came nine years after the purported original revelation by Joseph Smith, and five years after the Mormon Exodus to Utah following Smith's death in Illinois.

Circumstances leading to banning the priesthood from black members
Main articles: Black people and The Church of Jesus Christ of Latter-day Saints and Black people and the Latter Day Saint movement
See also: Walker Lewis, Elijah Abel, and William McCary
Brigham Young is generally credited with having been responsible for revoking the priesthood and temple blessings from black members of the LDS Church, who had been treated equally in this respect under Joseph Smith's presidency.

During the Mormon flight from Illinois towards Utah in 1847, Brigham Young received a letter informing him of an inter-racial marriage by the son of a prominent black member, Walker Lewis. The letter was written by William Ivers Appleby, a Mormon elder, who desired to know if interracial marriage was an acceptable practice. Appleby sent the letter to Young at Winter Quarters, Nebraska, but Young was actually in Utah, and therefore did not receive Appleby's missive until December 1, 1847, when he returned to Winter Quarters. Quite coincidentally, Appleby himself arrived in Winter Quarters on December 2. Young read Appleby's letter and then had him personally report to Young and the eight apostles who were then in Nebraska. In 1863, Young reported that he said, "Shall I tell you the law of God in regard to the African race? If the white man who belongs to the chosen seed mixes his blood with the seed of Cain, the penalty, under the law of God, is death on the spot. This will always be so" (Journal of Discourses, vol. 10, p. 110).

After settling in Utah in 1848, Brigham Young announced a priesthood ban which prohibited all men of black African descent from holding the priesthood. In connection, Mormons of African descent could not participate in Mormon temple rites such as the Endowment or sealing. These racial restrictions remained in place until 1978, when the policy was rescinded by President of the Church Spencer W. Kimball.

Conflict with U.S. government
Shortly after the arrival of Young's pioneers, the new Mormon colonies were incorporated into the United States through Mexican Cession, Young petitioned the U.S. Congress to create the State of Deseret. The Compromise of 1850 instead carved out Utah Territory, and Young was installed as governor. As governor and church president, Young directed both religious and economic matters. He encouraged independence and self-sufficiency. Many cities and towns in Utah, and some in neighboring states, were founded under Young's direction. Young's leadership style has been viewed as autocratic.

When federal officials received reports of widespread and systematic obstruction of federal officials in Utah (most notably judges), U.S. President James Buchanan decided to install a non-Mormon governor. Buchanan accepted the reports of the judges without any further investigation, and the new non-sectarian governor was accompanied by troops sent to garrison forts in the new territory. The troops passed by the bloody Kansas–Missouri war without intervening in it, as it was not open warfare and only isolated sporadic incidents. When Young received word that federal troops were headed to Utah with his replacement, he called out his militia to ambush the federal column. During the defense of Deseret, now called the Utah War, Young held the U.S. Army at bay for a winter by taking their cattle and burning supply wagons. The Mormon forces were largely successful thanks to Lot Smith. Young made plans to burn Salt Lake City and move his followers to Mexico, but at the last minute he relented and agreed to step down as governor. He later received a pardon from Buchanan. Relations between Young and future governors and U.S. Presidents were mixed.

Other notable actions
Young organized the Mormon Tabernacle Choir and in 1850 founded the University of Deseret, which is now the University of Utah. In 1875, just two years before his death, he founded Brigham Young Academy, which later became Brigham Young University. In 1950, the state of Utah donated a marble statue of Young to the National Statuary Hall Collection at the United States Capitol. 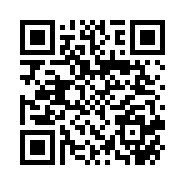