George Herman Ruth, Jr. (February 6, 1895 – August 16, 1948), best known as "Babe" Ruth and nicknamed "the Bambino" and "the Sultan of Swat", was an American Major League baseball player from 1914–1935. Ruth originally broke into the major leagues with the Boston Red Sox as a starting pitcher, but after he was sold to the New York Yankees in 1919, he converted to a full-time right fielder and subsequently became one of the league's most prolific hitters. Ruth was a mainstay in the Yankees' lineup that won seven pennants and four World Series titles during his tenure with the team. After a short stint with the Boston Braves in 1935, Ruth retired. In 1936, Ruth became one of the first five players elected to the Baseball Hall of Fame.

Ruth has since become regarded as one of the greatest sports heroes in American culture. He has been named the greatest baseball player in history in various surveys and rankings,[citation needed] and his home run hitting prowess and charismatic personality made him a larger than life figure in the "Roaring Twenties". Off the field he was famous for his charity, but also was noted for his often reckless lifestyle. Ruth is credited with changing baseball itself. The popularity of the game exploded in the 1920s, largely due to his influence. Ruth ushered in the "live-ball era", as his big swing led to escalating home run totals that not only excited fans, but helped baseball evolve from a low-scoring, speed-dominated game to a high-scoring power game.

In 1998, The Sporting News ranked Ruth number one on the list of "Baseball's 100 Greatest Players". In 1999, baseball fans named Ruth to the Major League Baseball All-Century Team.In 1969, he was named baseball's Greatest Player Ever in a ballot commemorating the 100th anniversary of professional baseball. In 1993, the Associated Press reported that Muhammad Ali was tied with Babe Ruth as the most recognized athletes, out of over 800 dead or alive athletes, in America. The study, conducted by Nye Lavalle's Sports Marketing Group, found that over 97% of Americans, over 12 years of age, identified both Ali and Ruth.According to ESPN, he was the first true American sports celebrity superstar whose fame transcended baseball. In a 1999 ESPN poll, he was ranked as the third-greatest US athlete of the century, behind Michael Jordan and Muhammad Ali.

Ruth was the first player to hit 60 home runs in one season (1927), setting the season record which stood until broken by Roger Maris in 1961. Ruth's lifetime total of 714 home runs at his retirement in 1935 was a record, until first surpassed by Hank Aaron in 1974. Unlike many power hitters, Ruth also hit for average: his .342 lifetime batting is tenth highest in baseball history, and in one season (1923) he hit .393, a Yankee record. His .690 career slugging percentage and 1.164 career on-base plus slugging (OPS) remain the Major League records. Ruth dominated in the era in which he played. He led the league in home runs during a season twelve times, slugging percentage and OPS thirteen times each, runs scored eight times, and runs batted in (RBIs) six times. Each of those totals represents a modern record (as well as the all-time record, except for RBIs).

Personal life
Ruth married Helen Woodford in 1914. Owing to his infidelities, they were reportedly separated around 1926.Helen died in a fire in Watertown, Massachusetts on January 11, 1929 in a house owned by Edward Kinder, a dentist whom she had been living with as "Mrs. Kinder". Kinder identified her body as being that of his wife, then went into hiding after Helen's true identity was revealed; Ruth himself had to get authorities to issue a new death certificate in her legal name, Margaret Helen Woodford Ruth.

Ruth had two daughters. Dorothy Ruth was adopted by Babe and Helen. Decades later, she wrote a book, My Dad, the Babe,claiming that she was Ruth's biological child by a girlfriend named Juanita Jennings.

Ruth adopted Julia Hodgson when he married her mother, actress and model Claire Merritt Hodgson. Julia currently resides in Arizona, and threw out the ceremonial first pitch before the final game in the original Yankee Stadium on September 21, 2008.

Ruth and Claire regularly wintered in Florida, frequently playing golf during the off-season and while the Yankees were spring training in Tampa, Florida. After retirement, he had a winter beachfront home in Treasure Island, Florida, near St. Petersburg.

Radio and films
Screenshot from Headin' HomeRuth made many forays into various popular media. He was heard often on radio in the 1930s and 1940s, both as a guest and on his own programs with various titles: The Adventures of Babe Ruth was a 15-minute Blue Network show heard three times a week from April 16 to July 13, 1934. Three years later, he was on CBS twice a week in Here's Babe Ruth which was broadcast from April 14 to July 9, 1937. That same year he portrayed himself in "Alibi Ike" on Lux Radio Theater. His Baseball Quiz was first heard Saturdays on NBC June 5 to July 10, 1943 and then later that year from August 28 to November 20 on NBC, followed by another NBC run from July 8 to October 21, 1944.

Ruth's voice was said by some biographers to be similar to that of film star Clark Gable, although that was obviously not evident in the silent film era. He had an appropriate role as himself in Pride of the Yankees (1942), the story of his ill-fated teammate Lou Gehrig. Ruth had three scenes in the film, including one in which he appeared with a straw hat. He said, "If I see anyone touch it, I'll knock his teeth in!" The teammates convinced young Gehrig (Gary Cooper) to chew up the hat; he got away with it. In the second scene, the players go to a restaurant, where Babe sees a side of beef cooking and jokes, "Well, I'll have one of those..." and, the dramatic scene near the end, where Gehrig makes his speech at Yankee Stadium ending with "I consider myself the luckiest man..."

Nat Fein's Pulitzer Prize-winning photograph of Ruth at Yankee Stadium, June 13, 1948. This was his last public appearance before his death two months later.In 1936, Ruth was one of the first five players elected into the Baseball Hall of Fame. Two years later, Larry MacPhail, the Brooklyn Dodgers general manager, offered him a first base coaching job in June. Ruth took the job but quit at the end of the season. The coaching position was his last job in Major League Baseball. His baseball career finally came to an end in 1943. In a charity game at Yankee Stadium, he pinch hit and drew a walk. In 1947, he became director of the American Legion's youth baseball program.

Baby Ruth candy bar controversy
For decades, the Baby Ruth candy bar was believed to be named after Babe Ruth and some sports marketing practitioners used this example of one of the first forms of sports marketing. However, while the name of the candy bar sounds nearly identical to the Babe's name, the Curtiss Candy Company has steadfastly claimed that Baby Ruth was named after President Grover Cleveland's daughter, Ruth Cleveland. Nonetheless, the bar first appeared in 1921, as Babe Ruth's fame was on the rise and long after Cleveland had left the White House and 15 years after his daughter had died. The company failed to negotiate an endorsement deal with Ruth, and many saw the company's story about the origin of the name of the bar as merely a ploy to avoid having to pay the baseball player any royalties. Ironically, Curtiss successfully shut down a rival bar that was approved by, and named for, Ruth, on the grounds that the names were too similar in the case of George H. Ruth Candy Co. v. Curtiss Candy Co, 49 F.2d 1033 (1931). Sports marketing experts now believe that the Curtiss Candy Company employed the first successful use of an ambush sports marketing campaign, capitalizing on the Babe's name, fame, and popularity.

The New York Times supports the evidence of the ambush marketing campaign when it wrote "For 85 years, Babe Ruth, the slugger, and Baby Ruth, the candy bar, have lived parallel lives in which it has been widely assumed that the latter was named for the former. The confection's creator, the Curtiss Candy Company, never admitted to what looks like an obvious connection – especially since Ruth hit 54 home runs the year before the first Baby Ruth was devoured. Had it done so, Curtiss would have had to compensate Ruth. Instead, it eventually insisted the inspiration was "Baby Ruth" Cleveland, the daughter of President Grover Cleveland. But it is an odd connection that makes one wonder at the marketing savvy of Otto Schnering, the company's founder."

Thus, in 1995, a company representing the Ruth estate brought the Baby Ruth candy bar into sponsorship officialdom when it licensed the Babe's name and likeness for use in a Baby Ruth marketing campaign. On page 34 of the spring, 2007, edition of the Chicago Cubs game program, there is a full-page ad showing a partially-unwrapped Baby Ruth in front of the Wrigley ivy, with the caption, "The official candy bar of Major League Baseball, and proud sponsor of the Chicago Cubs." Continuing the baseball-oriented theme, during the summer and post-season of the 2007 season, a TV ad for the candy bar showed an entire stadium (played by Dodger Stadium) filled with people munching Baby Ruths, and thus having to hum rather than singing along with "Take Me Out to the Ball Game" during the seventh-inning stretch. 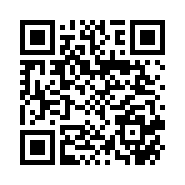