Henry David Thoreau (born David Henry Thoreau; July 12, 1817 – May 6, 1862)was an American author, poet, naturalist, tax resister, development critic, surveyor, historian, philosopher, and leading transcendentalist. He is best known for his book Walden, a reflection upon simple living in natural surroundings, and his essay, Civil Disobedience, an argument for individual resistance to civil government in moral opposition to an unjust state.

Thoreau's books, articles, essays, journals, and poetry total over 20 volumes. Among his lasting contributions were his writings on natural history and philosophy, where he anticipated the methods and findings of ecology and environmental history, two sources of modern day environmentalism. His literary style interweaves close natural observation, personal experience, pointed rhetoric, symbolic meanings, and historical lore; while displaying a poetic sensibility, philosophical austerity, and "Yankee" love of practical detail. He was also deeply interested in the idea of survival in the face of hostile elements, historical change, and natural decay; at the same time imploring one to abandon waste and illusion in order to discover life's true essential needs.He was a lifelong abolitionist, delivering lectures that attacked the Fugitive Slave Law while praising the writings of Wendell Phillips and defending abolitionist John Brown. Thoreau's philosophy of civil disobedience influenced the political thoughts and actions of such later figures as Leo Tolstoy, Mahatma Gandhi, and Martin Luther King, Jr.Thoreau is sometimes cited as an individualist anarchist. Though Civil Disobedience calls for improving rather than abolishing government – "I ask for, not at once no government, but at once a better government"– the direction of this improvement aims at anarchism: "'That government is best which governs not at all;' and when men are prepared for it, that will be the kind of government which they will have."

Early life and education
He was born David Henry Thoreau in Concord, Massachusetts, to John Thoreau (a pencil maker) and Cynthia Dunbar. His paternal grandfather was of French origin and was born in Jersey. His maternal grandfather, Asa Dunbar, led Harvard's 1766 student "Butter Rebellion", the first recorded student protest in the Colonies.David Henry was named after a recently deceased paternal uncle, David Thoreau. He did not become "Henry David" until after college, although he never petitioned to make a legal name change.He had two older siblings, Helen and John Jr., and a younger sister, Sophia. Thoreau's birthplace still exists on Virginia Road in Concord and is currently the focus of preservation efforts. The house is original, but it now stands about 100 yards away from its first site.

Portrait of Thoreau from 1854Amos Bronson Alcott and Thoreau's aunt each wrote that "Thoreau" is pronounced like the word "thorough", whose standard American pronunciation rhymes with "furrow". Edward Emerson wrote that the name should be pronounced "Thó-row, the h sounded, and accent on the first syllable." In appearance he was homely, with a nose that he called "my most prominent feature." Of his face, Nathaniel Hawthorne wrote: "[Thoreau] is as ugly as sin, long-nosed, queer-mouthed, and with uncouth and rustic, though courteous manners, corresponding very well with such an exterior. But his ugliness is of an honest and agreeable fashion, and becomes him much better than beauty."Thoreau also wore a neck-beard for many years, which he insisted many women found attractive. However, Louisa May Alcott mentioned to Ralph Waldo Emerson that Thoreau's facial hair "will most assuredly deflect amorous advances and preserve the man's virtue in perpetuity."Thoreau studied at Harvard University between 1833 and 1837. He lived in Hollis Hall and took courses in rhetoric, classics, philosophy, mathematics, and science. A legend proposes that Thoreau refused to pay the five-dollar fee for a Harvard diploma. In fact, the master's degree he declined to purchase had no academic merit: Harvard College offered it to graduates "who proved their physical worth by being alive three years after graduating, and their saving, earning, or inheriting quality or condition by having Five Dollars to give the college." His comment was: "Let every sheep keep its own skin",a reference to the tradition of diplomas being written on sheepskin vellum.

Civil Disobedience and the Walden years: 1845–1849
Thoreau embarked on a two-year experiment in simple living on July 4, 1845, when he moved to a small, self-built house on land owned by Emerson in a second-growth forest around the shores of Walden Pond. The house was not in wilderness but at the edge of town, 1.5 miles (2.4 km) from his family home.On July 24 or July 25, 1846, Thoreau ran into the local tax collector, Sam Staples, who asked him to pay six years of delinquent poll taxes. Thoreau refused because of his opposition to the Mexican-American War and slavery, and he spent a night in jail because of this refusal. (The next day Thoreau was freed, against his wishes, when his aunt paid his taxes.) The experience had a strong impact on Thoreau. In January and February 1848, he delivered lectures on "The Rights and Duties of the Individual in relation to Government" explaining his tax resistance at the Concord Lyceum. Bronson Alcott attended the lecture, writing in his journal on January 26:Heard Thoreau's lecture before the Lyceum on the relation of the individual to the State– an admirable statement of the rights of the individual to self-government, and an attentive audience. His allusions to the Mexican War, to Mr. Hoar's expulsion from Carolina, his own imprisonment in Concord Jail for refusal to pay his tax, Mr. Hoar's payment of mine when taken to prison for a similar refusal, were all pertinent, well considered, and reasoned. I took great pleasure in this deed of Thoreau's.
—Bronson Alcott, Journals (1938)
Thoreau revised the lecture into an essay entitled Resistance to Civil Government (also known as Civil Disobedience). In May 1849 it was published by Elizabeth Peabody in the Aesthetic Papers. Thoreau had taken up a version of Percy Shelley's principle in the political poem The Mask of Anarchy (1819), that Shelley begins with the powerful images of the unjust forms of authority of his time – and then imagines the stirrings of a radically new form of social action.At Walden Pond, he completed a first draft of A Week on the Concord and Merrimack Rivers, an elegy to his brother, John, that described their 1839 trip to the White Mountains. Thoreau did not find a publisher for this book and instead printed 1,000 copies at his own expense, though fewer than 300 were sold.Thoreau self-published on the advice of Emerson, using Emerson's own publisher, Munroe, who did little to publicize the book. Its failure put Thoreau into debt that took years to pay off, and Emerson's flawed advice caused a schism between the friends that never entirely healed.In August 1846, Thoreau briefly left Walden to make a trip to Mount Katahdin in Maine, a journey later recorded in "Ktaadn," the first part of The Maine Woods.

Thoreau left Walden Pond on September 6, 1847.[24]:244 Over several years, he worked to pay off his debts and also continuously revised his manuscript for what, in 1854, he would publish as Walden, or Life in the Woods, recounting the two years, two months, and two days he had spent at Walden Pond. The book compresses that time into a single calendar year, using the passage of four seasons to symbolize human development. Part memoir and part spiritual quest, Walden at first won few admirers, but today critics regard it as a classic American work that explores natural simplicity, harmony, and beauty as models for just social and cultural conditions. 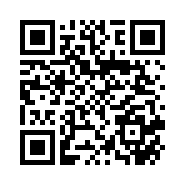