Martin Luther King, Jr. (January 15, 1929 – April 4, 1968) was an American clergyman, activist, and prominent leader in the African American civil rights movement. His main legacy was to secure progress on civil rights in the United States, and he has become a human rights icon: King is recognized as a martyr by two Christian churches.[1] A Baptist minister, King became a civil rights activist early in his career. He led the 1955 Montgomery Bus Boycott and helped found the Southern Christian Leadership Conference in 1957, serving as its first president. King's efforts led to the 1963 March on Washington, where King delivered his "I Have a Dream" speech. There, he raised public consciousness of the civil rights movement and established himself as one of the greatest orators in U.S. history.

In 1964, King became the youngest person to receive the Nobel Peace Prize for his work to end racial segregation and racial discrimination through civil disobedience and other non-violent means. By the time of his death in 1968, he had refocused his efforts on ending poverty and the Vietnam War, both from a religious perspective. King was assassinated on April 4, 1968, in Memphis, Tennessee. He was posthumously awarded the Presidential Medal of Freedom in 1977 and Congressional Gold Medal in 2004; Martin Luther King, Jr. Day was established as a U.S. national holiday in 1986.

Populist tradition and Black populism
Harry C. Boyte, a self-proclaimed populist, field secretary of the Southern Christian Leadership Conference and white civil rights activist describes an episode in his life that gives insight on some of King's influences:

My first encounter with deeper meanings of populism came when I was nineteen, working as a field secretary for the Southern Christian Leadership Conference (SCLC) in St. Augustine, Florida in 1964. One day I was caught by five men and a woman who were members of the Ku Klux Klan. They accused me of being a "communist and a Yankee." I replied, "I'm no Yankee – my family has been in the South since before the Revolution. And I'm not a communist. I'm a populist. I believe that blacks and poor whites should join to do something about the big shots who keep us divided." For a few minutes we talked about what such a movement might look like. Then they let me go.

When he learned of the incident, Martin Luther King, head of SCLC, told me that he identified with the populist tradition and assigned me to organize poor whites.

Thurman
Civil rights leader, theologian, and educator Howard Thurman was an early influence on King. A classmate of King's father at Morehouse College, Thurman mentored the young King and his friends. Thurman's missionary work had taken him abroad where he had met and conferred with Mahatma Gandhi. When he was a student at Boston University, King often visited Thurman, who was the dean of Marsh Chapel. Walter Fluker, who has studied Thurman's writings, has stated, "I don't believe you'd get a Martin Luther King, Jr. without a Howard Thurman".

Gandhi and Rustin
Inspired by Gandhi's success with non-violent activism, King visited Gandhi's birthplace in India in 1959, with assistance from the Quaker group the American Friends Service Committee. The trip to India affected King in a profound way, deepening his understanding of non-violent resistance and his commitment to America's struggle for civil rights. In a radio address made during his final evening in India, King reflected, "Since being in India, I am more convinced than ever before that the method of nonviolent resistance is the most potent weapon available to oppressed people in their struggle for justice and human dignity. In a real sense, Mahatma Gandhi embodied in his life certain universal principles that are inherent in the moral structure of the universe, and these principles are as inescapable as the law of gravitation." African American civil rights activist Bayard Rustin, who had studied Gandhi's teachings, counseled King to dedicate himself to the principles of non-violence, served as King's main advisor and mentor throughout his early activism, and was the main organizer of the 1963 March on Washington.Rustin's open homosexuality, support of democratic socialism, and his former ties to the Communist Party USA caused many white and African-American leaders to demand King distance himself from Rustin.

Montgomery Bus Boycott, 1955
In March 1955, a fifteen-year-old school girl, Claudette Colvin, refused to give up her bus seat to a white man in compliance with the Jim Crow laws. King was on the committee from the Birmingham African-American community that looked into the case; Edgar Nixon and Clifford Durr decided to wait for a better case to pursue. On December 1, 1955, Rosa Parks was arrested for refusing to give up her seat. The Montgomery Bus Boycott, urged and planned by Nixon and led by King, soon followed.The boycott lasted for 385 days, and the situation became so tense that King's house was bombed. King was arrested during this campaign, which ended with a United States District Court ruling in Browder v. Gayle that ended racial segregation on all Montgomery public buses.

March on Washington, 1963
King, representing SCLC, was among the leaders of the so-called "Big Six" civil rights organizations who were instrumental in the organization of the March on Washington for Jobs and Freedom, which took place on August 28, 1963. The other leaders and organizations comprising the Big Six were: Roy Wilkins from the National Association for the Advancement of Colored People; Whitney Young, National Urban League; A. Philip Randolph, Brotherhood of Sleeping Car Porters; John Lewis, SNCC; and James L. Farmer, Jr. of the Congress of Racial Equality. The primary logistical and strategic organizer was King's colleague Bayard Rustin. For King, this role was another which courted controversy, since he was one of the key figures who acceded to the wishes of President John F. Kennedy in changing the focus of the march. Kennedy initially opposed the march outright, because he was concerned it would negatively impact the drive for passage of civil rights legislation, but the organizers were firm that the march would proceed.

The march originally was conceived as an event to dramatize the desperate condition of blacks in the southern United States and a very public opportunity to place organizers' concerns and grievances squarely before the seat of power in the nation's capital. Organizers intended to excoriate and then challenge the federal government for its failure to safeguard the civil rights and physical safety of civil rights workers and blacks, generally, in the South. However, the group acquiesced to presidential pressure and influence, and the event ultimately took on a far less strident tone. As a result, some civil rights activists felt it presented an inaccurate, sanitized pageant of racial harmony; Malcolm X called it the "Farce on Washington," and members of the Nation of Islam were not permitted to attend the march.

The march did, however, make specific demands: an end to racial segregation in public school; meaningful civil rights legislation, including a law prohibiting racial discrimination in employment; protection of civil rights workers from police brutality; a $2 minimum wage for all workers; and self-government for Washington, D.C., then governed by congressional committee. Despite tensions, the march was a resounding success. More than a quarter million people of diverse ethnicities attended the event, sprawling from the steps of the Lincoln Memorial onto the National Mall and around the reflecting pool. At the time, it was the largest gathering of protesters in Washington's history. King's "I Have a Dream" speech electrified the crowd. It is regarded, along with Abraham Lincoln's Gettysburg Address and Franklin D. Roosevelt's Infamy Speech, as one of the finest speeches in the history of American oratory.

Assassination
On March 29, 1968, King went to Memphis, Tennessee in support of the black sanitary public works employees, represented by AFSCME Local 1733, who had been on strike since March 12 for higher wages and better treatment. In one incident, black street repairmen received pay for two hours when they were sent home because of bad weather, but white employees were paid for the full day.

Martin Luther King, Jr. Day
At the White House Rose Garden on November 2, 1983, President Ronald Reagan signed a bill creating a federal holiday to honor King. Observed for the first time on January 20, 1986, it is called Martin Luther King, Jr. Day. Following President George H. W. Bush's 1992 proclamation, the holiday is observed on the third Monday of January each year, near the time of King's birthday. On January 17, 2000, for the first time, Martin Luther King Jr. Day was officially observed in all fifty U.S. states. 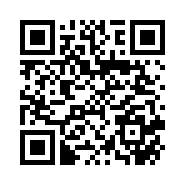