From Wikipedia, the free encyclopedia
This article is about the Egyptian satirist. For the American FBI agent, see Bassem Youssef (FBI agent).

Bassem Raafat Muhammad Youssef (Arabic: باسم رأفت محمد يوسف‎, IPA: [ˈbæːsem ˈɾɑʔfɑt mæˈħæmmæd ˈjuːsef]; born 21 March 1974) is a former Egyptian cardiac surgeon, satirist and columnist, who hosted Al-Bernameg (The Program), a satirical news program. The press has compared Youssef with American comedian Jon Stewart, whose satire programThe Daily Show inspired Youssef to begin his career.[1][2][3] In 2013, he was named one of the "100 most influential people in the world" by Time magazine.[4] Bassem Youssef graduated from Cairo University’ Faculty of Medicine,majoring in cardiothoracic surgery, in 1998. He passed the United States Medical License Exam (USMLE) and has been a member of the Royal College of Surgeons (MRCS) since February 2007.[5] He also received training in cardiac and lung transplantation in Germany, after which he spent a year and a half in the US working for a company that produces medical equipment related to cardiothoracic surgery. In January 2010, Youssef assisted the wounded in Tahrir Square during the Egyptian Revolution.[6]

Following the 18-day-protests of the Jan 25th revolution, Youssef teamed up with Tarek ElKazzaz, Amr Ismail, Mohamed Khalifa, and Mostafa Al-Halawany, to create a political satire show commenting on the political events and how the mainstream media presented them. Influenced by Jon Stewart, the renowned host of the Daily Show in the US, Youssef showcased his talent with just a table, a chair, one camera, and a mural of amateur photos from Tahrir Square in Bassem’s laundry room. Starting with only 5 minutes per episode, the B+ show was uploaded for the first time on YouTube in May 2011.[7] The show gained five million views in only three months.[8] Nine webisodes later, Egyptian channel ONTVoffered Youssef to create a weekly political satire TV show "Al-Bernameg", literally translating to "the show", making him the first internet to TV conversion in theMiddle East. Youssef had to make a choice between Al Bernameg and the Paediatric Cardiology Fellowship at Cleveland Clinic in the United States. The show premiered in Ramadan 2011, and became the platform for many writers, artists, and politicians to speak freely about the social and political scene. Al-Bernameg’s success inspired a number of amateur initiatives on various social media channels, who credit the B+ show as their inspiration.[9] In June 2012, Jon Stewart invited Youssef to The Daily Show for an extended interview, “...I do know a little something about the humour business; your show is sharp, you're really good on it, it's smart, it's well executed, I think the world of what you're doing down there,” Stewart said to Youssef. The segment was one of the highest in viewership on the Daily Show’s website.[10]

In November 2012, Al-Bernameg moved from ONTV's smallest studio to Radio Theatre in Cairo’s downtown. Following the move, Youssef succeeded in increasing the show’s worth by eight times in one year.[11][12]The second season, which premiered in November 2012 on CBC network, was the first real live audience show in the Middle East. The show gained tremendous success through its humorous yet bold criticism of former Egyptian President Mohamed Morsi, representing the Muslim Brotherhood. Soon after the show started airing, complaints were filed against Youssef, accusing him of insulting Islam, Morsi and disrupting public order and peace.

In March 2013, Bassem Youssef started writing a weekly column expressing his views for Al-Shorouk; one of Egypt’s most prominent and independent daily newspapers.[13] One month later, he was recognized among the 100 most influential people in the world by TIME magazine.[14] After that, he appeared for the second time on The Daily Show with Jon Stewart.[15]

As Al-Bernameg continued with its growing success, Jon Stewart appeared as a guest on the show in June 2013, marking one of the all-time highlights of Al-Bernameg episodes.[16]

After a four-month break, Youssef appeared on air in October 2013, with a show that stirred a lot of controversy and criticism. In response to the popular criticism and discontent the show has caused, CBC, the show’s broadcaster, distanced itself from the show and its creators, and decided to stop airing it on its channels. Meanwhile, more than 30 complaints against Youssef and the show were filed at the General Prosecutor’s office, accusing him of insulting the Armed Forces, President Adly Mansour and describing the June 30 revolution as a military coup, in addition to disrupting public order and peace. The General prosecutor has transferred some of the complaints for investigation, which remain subject to the prosecutor’s decision and judgment till this moment.[17]

In November 2013, Youssef’s role in the media was recognized by the Committee to Protect Journalists which awarded him with the International Press Freedom Award, among with three other world renowned journalists.[18][19]

Al-Bernameg reappeared on MBC Masr satellite channel on February 7, 2014, achieving unprecedented weekly viewership ratings for 11 consecutive weeks. In June 2014, and after a six-week break, Al-Bernameg team held a press conference where Youssef announced the termination of the show due to pressure on both the show and the airing channel.[20][21][22]

Inspired by the Egyptian Revolution of 2011, Youssef created his first satirical show in March 2011. Entitled The B+ Show after his blood type,[23] the program was uploaded to his YouTube Channel[24] and gained more than five million views in the first three months alone. The show was shot in Youssef's laundry room using a table, a chair, one camera, and a mural of amateur photos from Tahrir Square that cost $100. Youssef used social media to showcase his talent and his show gave a voice to the millions of Egyptians who were seething with anger from the traditional media's coverage of the Egyptian Revolution.

After the success of The B+ Show, Egyptian channel ONTV, owned by Egyptian billionaire Naguib Sawiris, offered Youssef a deal for Al Bernameg (literally, "The Program"). With a budget of roughly half a million dollars, the series made him the first internet to TV conversion in the Middle East.[25] The show, which consisted of 104 episodes, premiered during Ramadan 1432 (2011) with Egyptian-American engineer Muhammad Radwan as its first guest.[26] In his show, Youssef has parodied such Egyptian celebrities as show host Tawfik Okasha, composer Amr Mostafa, Salafist presidential candidate Hazem Salah Abu Ismail, and Mohamed ElBaradei, former head of the International Atomic Energy Agency and onetime presidential candidate. In June 2012, Jon Stewart invited Youssef to The Daily Show for an extended interview, “...I do know a little something about the humor business; your show is sharp, you're really good on it, it's smart, it's well executed, I think the world of what you're doing down there." The segment was one of the highest in viewership on Jon Stewart’s site.

The show Al Bernameg was renewed for a second season after a contract with a second channel, CBC (Capital Broadcast Center), which premiered on November 23, 2012. The second season consisted of 29 episodes and has recorded one of the highest viewership ratings on both TV and internet with 40 million viewers on TV and more than 184 million combined views for his show on YouTube alone. Just three episodes into the show, several lawsuits were filed against Bassem Youssef and his show, mainly for "insult and defamation". On the season's premiere, Youssef made the owner and coworkers of his channel the subject of his show, as an assurance that he is granted full freedom of expression, and that no topic was off limits.[27][28] CBC did not, however, air his second episode, which also featured further criticism of a TV show host who filed a lawsuit against Youssef. The show returned to its regular schedule for the third episode.

The program, which began with a small group working at home with Youssef, moved from ONTV's smallest studio to Radio theater in downtown Cairo, a theatre redesigned in the likeness of New York's Radio City, making it the first live audience show in the Middle East.[citation needed] The contents of a typical show's broadcast have evolved, which began with a sarcastic take on current political events, and eventually incorporating the hosting of public figures and stars from various fields, as well as various artists' performances.

After a four month break, Al Bernameg returned to air for its third series on 25 October 2013. The season premiere marked the first broadcast for the show since the2013 Egyptian protests had deposed Mohamed Morsi from the Egyptian presidency. Youssef criticised both the Morsi administration and the people's idolization of the Egyptian Defense Minister[Abdul Fatah al-Sisi]. The following day the CBC network issued a statement distancing the channel from the political stance taken by Youssef. The CBC network issued another statement, and decided to stop broadcasting Al Bernameg because of violations in the contract signed.[29]

After terminating the contract with CBC, the production company behind Al Bernameg received offers from different TV channels. The third season was scheduled to air during the first quarter of 2014. In February 2014 it was announced that Youssef had signed a deal with the Middle East Broadcasting Center and that they would start broadcasting Al Bernameg from 7 February on MBC MASR.[30] However the program was suspended by MBC during the 2014 Egyptian presidential election campaign, and in June 2014 Youssef announced that he was ending Al-Bernameg as he felt that the political climate in Egypt was too dangerous to continue the show.[31]

On 1 January 2013, the daily Al-masry Al-youm reported that an Egyptian prosecutor was investigating Bassem Youssef on charges of maligning PresidentMohammed Morsi, whose office claimed that Youssef's show was "circulating false news likely to disturb public peace and public security and affect the administration."[32]

Despite all of the controversy it sparks, El Bernameg has been a major success.[33] It is constantly topping the regional YouTube charts, making Bassem Youssef's YouTube channel the most subscribed to in Egypt.[33]

On 30 March 2013, an arrest warrant was issued for Youssef for allegedly insulting Islam and Morsi. The move was seen by opponents as part of an effort to silence dissent against Morsi's government.[34] Youssef confirmed the arrest warrant on his Twitter account and said he would hand himself in to the prosecutor's office, jokingly adding, "Unless they kindly send a police van today and save me the transportation hassle."[35] The following day, he was questioned by authorities before being released on bail of 15,000 Egyptian pounds.[36][37] The event sparked international media attention[38] as well as a segment on Jon Stewart's The Daily Showin which he declared his support for Youssef, calling him a "friend" and "brother".[39]

In 2013, Youssef was named one of the "100 most influential people in the world" by TIME magazine and one of Foreign Policy magazine 100 Leading Global Thinkers. He was also awarded with the International Press Freedom Award of 2013 from the Committee to Protect Journalists and was announced the most searched figure in 2013 by Google. Al Bernameg was chosen by South by Southwest, one of the largest international interactive festivals, as the first and most successful internet to TV conversion story in the Middle East. Al Bernameg's YouTube channel was the first channel in the MENA region to reach one million subscribers and was awarded the gold button trophy.

Youssef lives in Cairo with his wife,[40] an Egyptian-Palestinian,[41] and their daughter.[40] He worked as a cardiothoracic surgeon when Al Bernameg was on hiatus. In his capacity as a doctor, he assisted wounded Tahrir Square protesters after the Battle of the Camel.[42]

Youssef also wrote newspaper columns, where he tackled taboo subjects such as atheism and questioning the commonly held view that apostasy from Islam should be punishable by death.[43] On March 18, 2014, he faced plagiarism accusations by his readers, and through Twitter, by the original British writer, Ben Judah, who wrote the article for Politico magazine. He later published an apology in El Sherouk newspaper for initially publishing an article without citing any references 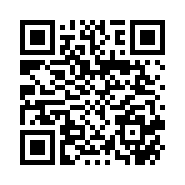