Ko said he thinks that the power of love is enormous and long lasting, with greater potential than hatred. He added that he hopes love will drive his election momentum.
Ko had said, “Taiwan is a rational and peaceful society” and he hoped that the remaining election events would also peaceful, so in that spirit his campaign organized a concert rather than a traditional campaign rally. Ko said he wanted his supporters to enjoy a night of music to maintain their happy mood. He welcomed families, children and even pets to enjoy an evening full of gratitude, peace and joy.

The band that composed Ko's campaign theme song, along with other musicians, were invited to perform at the concert. Ko's family also attended the event to show their support.

Hon Hai Group (鴻海集團) Chairman Terry Gou (郭台銘) was scheduled to deliver a speech about Taipei's economy at the rally, but he cancelled due to engagements in mainland China.

Lien said he is very thankful to Ma and his family for their support, guidance and encouragement.

The Chinese character “victorious” in the rally's title is a word play, using a character from Lien's Chinese name.

Before the campaign rally, Lien continued to “sweep the streets” and stopped in Daan District and Wenshan District to greet supporters. Lien said he has become more optimistic and confident with the election situation.

Reports have said that Yu and his team applied for permits multiple times. Yu said he has followed permit application protocols as set out in the law.

Chu responded by saying that in the last days of campaigning, he hopes everything can remain sensible and peaceful. It is crucial that candidates abide by the law, Chu said, as an example for the next election and to improve upon Taiwan's democracy. 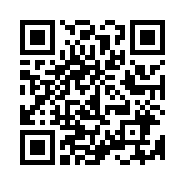