Ko aims to open new chapter of Taipei beyond partisanship

TAIPEI, Taiwan -- As independent candidate Ko Wen-je (柯文哲) opened a new chapter for Taipei in winning the mayoral race against his major rival Sean Lien of the Kuomintang (連勝文) with 57.16 percent of the vote on Saturday, the spotlight has fallen on what his next moves are likely to be as he prepares to take on the responsibility before his inauguration on Dec. 25.

“The DPP and I work as partners and there is no subordination. The DPP is like an old friend of mine, and now I am going to make a new friend with the KMT,” said Ko in the interview.Ko's relationship with the Democratic Progressive Party (DPP) has also tickled the curiosity of many, who wonder what impact the pan-green camp could have on Ko's time in office. Ko yesterday made it clear, however, that he intends to build a local government that transcends the long-standing battle between the two major parties in an interview conducted by the United Daily News.

Ko also used the term “demilitarized zone” to further explain his plan and stressed that he would like to interact more with the pan-blue camp and its supporters to unite talent for the good of the city. Although it may take a long time, Ko expressed that it is important to create a region of Taiwan that thinks independently and which will not take sides between the two major parties.

Therefore, Ko emphasized, he will not take a stance in the 2016 presidential election. What really matters now is municipal administration and this is his primary focus, said the mayoral victor.

The first thing Ko said he wants to do is stabilize the members of the city government and civil servants working in regional offices in Taipei. Although some alterations will be expected after Ko takes office at the end of this month, he stated that he will not make changes to current policies easily as many policies need to continue to be implemented. Good policies should be carried on even though there is to be a change of leadership, said Ko.

Regarding future plans, Ko expressed his aim to collaborate with New Taipei City, Keelung City and Taoyuan County, which is due to become the nation's sixth municipality on Dec.25, to boost regional development, hoping to create an area that will surpass the achievements of Singapore in eight years.

Ko announced that former New Taipei City Environmental Protection Department Director Teng Chia-chi (鄧家基) will be his first candidate for deputy mayor. He also stated that he will invite specialists in transportation, policy implementation and those with experience dealing with the city council to help him in the future. 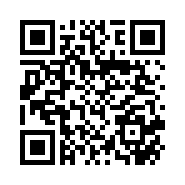