Houston Rockets forward Tarik Black, center, drives to the basket against the defense of Milwaukee Bucks guard Giannis Antetokounmpo, right, during the first half of an NBA ...
MILWAUKEE, Wisconsin -- Houston's James Harden scored 19 points in the decisive third quarter en route to a game-leading 34 which helped the Rockets to a 117-103 victory at the Milwaukee Bucks on Saturday.

Elsewhere, Washington fell behind late but recovered to edge New Orleans, and the Los Angeles Clippers finished off an impressive 6-1 road trip by beating Utah.The Rockets moved within 1-1/2 games of the Western Conference lead while Milwaukee dropped a game behind Central Division leader Chicago.

Harden was Houston's key in the third quarter surge, and by game's end had got under the skin of the Bucks players.

He jostled with Bucks center Larry Sanders with 3:19 left in the game and Houston leading handily. Harden had been called for an offensive foul, and was holding the ball walking down the court when Giannis Antetokounmpo slapped him on the rear and knocked the ball away.

Harden gave a slight shove with his left hand to the 19-year-old Bucks player, and Sanders ran up to Harden to remonstrate, and both players grabbed the other's arms. Harden, Sanders and Antetokounmpo all were given technical fouls after the referees reviewed the video.

Washington's Marcin Gortat had a season high 24 points and 13 rebounds to lead the Wizards to an 83-80 victory over New Orleans.

Bradley Beal scored 12 points for the Wizards, who trailed only once, when Anthony Davis — New Orleans' top scorer with 30 points — dunked to give the Pelicans a 78-77 lead with 3:48 remaining.

Washington got back in front, and Tyreke Evans missed a 3-point attempt that would have tied the score with 1.7 seconds to play.

New Orleans has lost a season-high three straight. Davis had 13 rebounds, but the NBA blocked shot leader, had none for the first time in 15 games this season. The Pelicans had a season-low 12 assists.

Chris Paul added 17 points and 10 assists as the Clippers notched a fourth-straight win.

Gordon Hayward scored 30 points for the Jazz, who have lost a season-high five games in a row.

Los Angeles' has won its past 12 against Utah.

Dallas' Tyson Chandler had 20 points and 13 rebounds as the Mavericks beat Philadelphia 110-103, sending the 76ers to a franchise-worst 16th straight loss to start the season.

Atlanta beat Charlotte 105-75 to inflict a ninth-straight loss on the Hornets, with Paul Millsap leading the Hawks with 18 points. 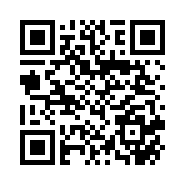