Despite the irregular hours, the museum is becoming increasingly recognized as an innovative element of Rome's otherwise recession-fatigued art scene.
“The police could come in tomorrow and throw everybody out,” de Finis told AFP. “We have to be prudent. That why we only open to the public on certain days (usually Saturdays) and for special events.”Located in an abandoned salami factory on the Italian capital's scruffy eastern periphery, the museum is also home to 200 squatters, including 50 children, whose precarious situation is an integral part of a project described by its creator, Giorgio de Finis, as a living, breathing artwork.

ROME -- In a part of Rome few tourists ever reach, the Metropoliz Museum of the Other and the Elsewhere (MAAM) takes the concept of the warehouse gallery into a new dimension.

From Nov. 28-Dec. 6, it hosts “Iron and Fire,” an exhibition of Paolo Buggiani, a contemporary of Andy Warhol who was part of New York's Pop and Street art scenes in the 1970s and '80s, and now specializes in incorporating live flames into sculpture-based performance pieces.

Culturally, physically and socially, MAAM stands on the frontline of Italy's overlapping immigration and housing crises.

Its inhabitants come from all over. Many are Roma, an ethnic group whose herding into squalid, overcrowded camps in Italy has been subject to international criticism. And just down the road lies Tor Sapienza, a rundown neighborhood where angry residents this month laid violent siege to a refuge for asylum seekers.

De Finis's vision is based on the encounter between artists and residents and their joint creation of an alternative to the broken model of society represented by events in Tor Sapienza.

The concept has become reality with help from hundreds of creatives, ranging from recent graduate Andrea Rinaldi, 27, to established figures like Buggiani, 81, all of them working for free.

“As soon as a single euro changed hands, the whole thing would collapse,” said de Finis.

An anthropologist and filmmaker with a whimsical passion for outer space, de Finis draws inspiration from Yoda, the Jedi warrior-philosopher of “Star Wars” fame who once advised: “Do or not do: there is no try.”

“At the moment it is a story without an ending,” de Finis said.

“I can see three possible outcomes: the owners send in the bailiffs and shut the whole thing down, they decide to embrace what we have created and take ownership of it, or it all just falls apart of its own accord,” he said.

Hopefully, he argues, the first option is a receding possibility because the authorities would hesitate to destroy a cultural project capable of drawing up to 1,000 members of the Rome art crowd out of the city for special events.

“The art is a way of giving the place a sort of skin that perhaps will protect it from a forced eviction.” 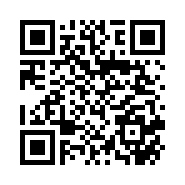