Carla: What's in the satchel?

Llewellyn: It's full of money.

Carla: That'll be the day. Where'd you get the pistol?

Llewellyn: At the gettin' place.

Carla: Did you buy that gun?

Llewellyn: No. I found it.

Llewellyn: What? Quit your hollering.

Carla: What'd you give for that thing?

Llewellyn: You don't need to know everything, Carla Jean.

Carla: I need to know that.

Llewellyn: Running that mouth of yours I'm gonna take you in the back and screw you.

Llewellyn: Keep it up.

Carla: Fine. I don't wanna know. I don't even wanna know where you been all day.

這裡的意思是“繼續（做某事）”，比如：We asked her to stop talking, but she kept up. 我們請她別再說話了，但她依舊說下去。

The Coen Brothers are a filmmaking duo known mostly for quirky dark comedies, including Raising Arizona (1987), Fargo (1996) and The Ladykillers (2004). Joel (b. 29 November 1954) and Ethan (b. 21 September 1957) grew up in Minnesota and went to college in Massachusetts. Joel got involved in the movie business in the early 1980s, including working with Sam Raimi on The Evil Dead (1981) and Crimewave (1985). The Coens' first film together, Blood Simple (1984), was a critical success and set them on a career path of independently made movies that get as much attention as big Hollywood productions. Although Joel is often credited as director and Ethan is credited as producer, they share filmmaking duties, including writing and editing. The Coen Brothers have had their ups and downs at the box office, but they have a loyal audience and a reputation as thoughtful movie makers. They won a screenwriting Oscar for Fargo (and Joel's wife, Frances McDormand, won an Oscar for Best Actress), and in recent years have worked with big-named stars such as George Clooney (2000's O Brother, Where Art Thou?), Billy Bob Thornton (2001's The Man Who Wasn't There), Catherine Zeta-Jones (2003's Intolerable Cruelty) and Tom Hanks (2004's The Ladykillers). Their other films include Miller's Crossing (1990), Barton Fink (1991) and The Big Lebowski (1998). Their 2007 adaptation of Cormac McCarthy's novel No Country for Old Men won them Oscars for writing, direction and best picture. 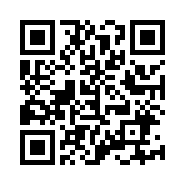