James rediscovers touch to lead Cavaliers over Bulls in overtime詹姆斯重新發現觸摸帶領騎士隊在公牛隊在加時賽

Kirk Hinrich #12 of the Chicago Bulls and LeBron James #23 of the Cleveland Cavaliers battle for the ball at the United Center in Chicago on Friday, Oct. 31. AFP

“We took two steps forward tonight,” said James. “We have an opportunity to be very good and tonight was an example of how good we can be.”
Thursday's loss to the New York Knicks surely wasn't the season-opener James was hoping for but that was all forgotten Friday at the United Center as the four-time most valuable player also had eight rebounds in the Cavaliers' first win of the young NBA season.

CHICAGO--LeBron James bounced back from a sub-par performance in his Cleveland homecoming the night before to score 36 points as the Cavaliers defeated Chicago 114-108 in overtime on Friday.

James was also much more active with the ball against the Bulls, driving 18 times to the basket compared to just four drives on Thursday.

Tristan Thompson finished with 16 points with 13 rebounds and Kevin Love had a 16-point, 16-rebound double-double for Cleveland, who were 2-8 over their last 10 in Chicago. Thompson had a dozen offensive rebounds.

Kyrie Irving had 23 points in the win.

Derrick Rose and Kirk Hinrich each scored 20 points for the Bulls, but Rose left the game late in the third with a sprained left ankle and did not return.

Pau Gasol scored 15 points with nine boards and Mike Dunleavy added 14 points on Friday for the Bulls who opened their season with a 104-80 win over the Knicks on Wednesday.

“Of course, my ankle is throbbing a little bit right now, but it comes with just playing basketball,” said Rose. “I'm just happy that it's not that serious.”The fact that Rose couldn't finish the contest is especially troubling for Chicago as the former MVP has played less than a dozen regular season games in the past two seasons.

Rose said he would try to play the Bulls' next game.

“I guess the gods are testing me. I think I stepped on somebody's foot. It is not like I tore a ligament or something, just sprained my ankle,” he said.

Chicago had to play without Jimmy Butler who missed his second straight game to begin the season with a thumb injury. 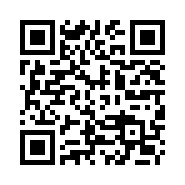