The University of C

The University of Cambridge is one of the oldest universities in the world, and one of the largest in the United Kingdom. It has a world-wide reputation for outstanding academic achievement and the high quality of research undertaken in a wide range of science and arts subjects. The University pioneers work in the understanding of disease, the creation of new materials, advances in telecommunications and research into the origins of the universe. It trains doctors, vets, architects, engineers and teachers. At all levels about half of the students at Cambridge study arts and humanities subjects, many of whom have gone on to become prominent figures in the arts, print and broadcast media. The University's achievements in the sciences can be measured by the sixty or more Nobel Prizes awarded to its members over the years.

As Cambridge approaches its eight hundredth anniversary in 2009, it is looking to the future. The modern University is an international centre of teaching and research in a vast range of subjects: about half of the students study science or technology. Members of the University have won over sixty Nobel Prizes.

It continues to change in response to the challenges it faces. The Vice-Chancellor, for instance, is no longer a Head of College, but is a full-time administrative appointment. A Development Office and associated charitable foundation is successfully seeking funds around the world for new ventures. The 1990s have seen a major expansion of University accommodation for teaching and research. There are many major new buildings either underway or already completed, including the Law Faculty building and the Judge Institute of Management Studies, in March 1996 opened by HM The Queen. 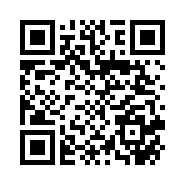