The graceless colossus of Buckingham Palace, popularly known as "Buck House", has served as the monarch's permanent London residence only since the accession of Victoria. Bought by George III in 1762, the building was overhauled by Nash in the late 1820s, and again by Aston Webb in time for George V's coronation in 1913, producing a palace that's about as bland as it's possible to be.

For two months of the year, the hallowed portals are grudgingly nudged open; timed tickets are sold from the tent-like box office in Green Park at the western end of The Mall. The interior, however, is a bit of an anticlimax: of the palace's 660 rooms you're permitted to see just 18, and there's little sign of life, as the Queen decamps to Scotland every summer. For the other ten months of the year there's little to do here, since the palace is closed to visitors - not that this deters the crowds who mill around the railings, and gather in some force to watch the Changing of the Guard, in which a detachment of the Queen's Foot Guards marches to appropriate martial music from St James's Palace (unless it rains, that is).

You can view a small selection of the Royal Collection - which is more than three times larger than the National Gallery's - at the Queen's Picture Gallery (daily 9.30am-4.30pm; ￡4), round the south side of the palace on Buckingham Palace Road. The exhibitions usually include some works by Reynolds, Gainsborough, Vermeer, Rubens, Rembrandt and Canaletto, which make up the bulk of the collection.

There's more pageantry on show at the Nash-built Royal Mews (April-Sept Tues-Thurs noon-4pm; Oct-Dec Wed only; ￡3.50), further along Buckingham Palace Road. The royal carriages, lined up under a glass canopy in the courtyard, are the main attraction, in particular the Gold Carriage, made for George III in 1762, smothered in 22-carat gilding and weighing four tons, its axles supporting four life-size figures. 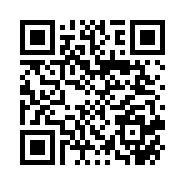