Oliver Wendell Holmes, Jr. (March 8, 1841 – March 6, 1935) was an American jurist who served as an associate justice on the Supreme Court of the United States from 1902 to 1932. Noted for his long service, his concise and pithy opinions, and his deference to the decisions of elected legislatures, he is one of the most widely cited United States Supreme Court justices in history, particularly for his "clear and present danger" majority opinion in the 1919 case of Schenck v. United States, and is one of the most influential American common-law judges.

Early life
Holmes was born in Boston, Massachusetts, the son of the prominent writer and physician Oliver Wendell Holmes, Sr. and abolitionist Amelia Lee Jackson. As a young man, Holmes loved literature and supported the abolitionist movement that thrived in Boston society during the 1850s. He graduated from Harvard University in 1861, where he was elected to the Phi Beta Kappa honor society and was a brother of the Alpha Delta Phi.

Civil War
During his senior year of college, at the outset of the American Civil War, Holmes enlisted in the fourth battalion, Massachusetts militia, and then received a commission as first lieutenant in the Twentieth Regiment of Massachusetts Volunteer Infantry. He saw much action, from the Peninsula Campaign to the Wilderness, suffering wounds at the Battle of Ball's Bluff, Antietam, and Fredericksburg. Holmes particularly admired and was close to his fellow officer in the 20th Mass., Henry Livermore Abbott. Holmes is said to have shouted at Lincoln to take cover during the Battle of Fort Stevens, although this is commonly regarded as apocryphal. [Note: In the biography "Justice Oliver Wendell Holmes:Law and the Inner Self" by Edward G. White, Justice Holmes is quoted as indicating that while he was at Fort Stevens on the day of President A. Lincoln's visit, he denied that he made any remarks at all to the President.

State Judgeship
Oliver Wendell Holmes Jr. as a young man.After the war's conclusion, Holmes returned to Harvard to study law. He was admitted to the bar in 1866, and went into practice in Boston. He joined a small firm, and married a childhood friend, Fanny Bowditch Dixwell. Their marriage lasted until her death on April 30, 1929. They never had children together. They did adopt and raise an orphaned cousin, Dorothy Upham. Mrs. Holmes was described as devoted, witty, wise, tactful, and perceptive.Whenever he could, Holmes visited London during the social season of spring and summer. He formed his closest friendships with men and women there, and became one of the founders of what was soon called the “sociological” school of jurisprudence in Great Britain, which would be followed a generation later by the “legal realist” school in America.Holmes practiced admiralty law and commercial law in Boston for fifteen years. In 1870, Holmes became an editor of the American Law Review, edited a new edition of Kent's Commentaries on American Law in 1873, and published numerous articles on the common law. In 1881, he published the first edition of his well-regarded book The Common Law, in which he summarized the views developed in the preceding years. In the book, Holmes sets forth his view that the only source of law, properly speaking, is a judicial decision. Judges decide cases on the facts, and then write opinions afterward presenting a rationale for their decision. The true basis of the decision is often an "inarticulate major premise" outside the law. A judge is obliged to choose between contending legal theories, and the true basis of his decision is necessarily drawn from outside the law. These views endeared Holmes to the later advocates of legal realism and made him one of the early founders of law and economics jurisprudence.Holmes was considered for a federal court judgeship in 1878 by President Rutherford B. Hayes, but Massachusetts Senator George

Frisbie Hoar convinced Hayes to nominate another candidate. In 1882, Holmes became both a professor at Harvard Law School and then a justice of the Supreme Judicial Court of Massachusetts, resigning from the law school shortly after his appointment. He succeeded Justice Horace Gray, whom Holmes coincidentally would replace once again when Gray retired from the U.S. Supreme Court in 1902. In 1899, Holmes was appointed Chief Justice of the Massachusetts Supreme Judicial Court.During his service on the Massachusetts court, Holmes continued to develop and apply his views of the common law, usually following precedent faithfully. He issued few constitutional opinions in these years, but carefully developed the principles of free expression as a common-law doctrine. He departed from precedent to recognize workers' right to organize trade unions as long as no violence or coercion was involved, stating in his opinions that fundamental fairness required that workers be allowed to combine to compete on an equal footing with employers.

Retirement, death, honors and legacy
Holmes served on the court until January 12, 1932, when his brethren on the court, citing his advanced age, suggested that the time had come for him to step down. By that time, at 90 years of age, he was the oldest justice to serve in the court's history. Three years later, Holmes died of pneumonia in Washington, D.C. in 1935, two days short of his 94th birthday. In his will, Holmes left his residuary estate to the United States government (he had earlier said that "Taxes are what we pay for civilized society" in Compania General De Tabacos De Filipinas vs. Collector of Internal Revenue, 275 U.S. 87, 100 (1927).) He was buried in Arlington National Cemetery, and is commonly recognized as one of the greatest justices of the U.S. Supreme Court.

Holmes's papers, donated to Harvard Law School, were kept closed for many years after his death, a circumstance that gave rise to numerous speculative and fictionalized accounts of his life. Catherine Drinker Bowen's fictionalized biography "Yankee from Olympus" was a long-time bestseller, and the 1951 Hollywood motion picture The Magnificent Yankee was based on a highly fictionalized play about Holmes's life. Since the opening of the extensive Holmes papers in the 1980s, however, there has been a series of more accurate biographies and scholarly monographs. 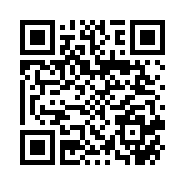