Reasons for only children being more contented include not having to compete for parental attention with a sibling.

Only children are happier than those with brothers or sisters, according to new research which shows sibling rivalry can have a serious effect on a child's emotional wellbeing.

The Understanding Society study run by the Institute for Social and Economic Research concluded that happiness declines the more siblings there are in a household.

Other reasons for only children being more contented include not having to compete for parental attention or share bedrooms with a sibling, said Gundi Knies, a researcher on the project.

Dr Ruth Koppard, a child psychologist, said: "In an average home, the more children, the less privacy for each child. Some love sharing a bedroom with a sibling but they would rather choose to do it than have to do it."

Homes with just one child make up nearly half of all families in Britain.

The study, to be published on Friday, questioned 2,500 young people. It also found that seven out of 10 teenagers are "very satisfied" with their lives and children from ethnic minorities are happier than their white counterparts. 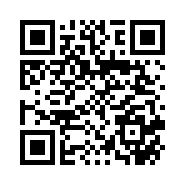