"Louis Armstrong's station in the history of jazz is umimpeachable. If it weren't for him, there wou

"Louis Armstrong's station in the history of jazz is umimpeachable. If it weren't for him, there wouldn't be any of us." Dizzy Gillespie, 1971

Coming to prominence in the 1920s as an "inventive" cornet and trumpet player, Armstrong was a foundational influence on jazz, shifting the music's focus from collective improvisation to solo performers. With his distinctive gravelly voice, Armstrong was also an influential singer, demonstrating great dexterity as an improviser, bending the lyrics and melody of a song for expressive purposes. He was also greatly skilled at scat singing, or vocalizing using syllables instead of actual lyrics.

Renowned for his charismatic stage presence and deep, instantly recognizable voice almost as much as for his trumpet-playing, Armstrong's influence extends well beyond jazz music, and by the end of his career in the 1960s, he was widely regarded as a profound influence on popular music in general.

Early Days in New Orleans
Armstrong was born in one of the poorest sections of New Orleans on Aug. 4, 1901. "He was a prodigy," says art historian and curator Marc Miller, "a hard-working kid who helped support his mother and sister by working every type of job there was, including going out on street corners at night to sing for coins." At age 7, he bought his first real horn--a cornet. When Armstrong was 11 years old, juvenile court sent him to the Jones Home for Colored Waifs for firing a pistol on New Year's Eve. While there, he had his first formal music lessons and played in the home's brass band. After about 18 months he was released. From then on, he largely supported himself as a musician, playing with pick-up bands and in small clubs with his mentor Joe "King" Oliver. Oliver was one of a handful of noted musicians in New Orleans--along with Jelly Roll Morton, Sidney Bechet and others--who were creating a distinctive and widely popular new band music out of blues and ragtime. Soon, sheet music publishers and record companies would make jazz a household name.

Chicago and New York
The early 1920s saw Armstrong's popularity explode as he left New Orleans for Chicago to play with "King" Oliver's Creole Jazz Band, and then moved on to New York, where he influenced the Fletcher Henderson Orchestra with improvisation and a new musical vocabulary.

When he returned to Chicago in 1926, he was a headliner on records and radio, and in jazz clubs, wowing audiences with the utter fearlessness and freedom of his groundbreaking trumpet solos. His "scat" singing transformed vocal tradition and musicians studied his recordings to hear what a horn could do. It has been said that Armstrong used his horn like a singer's voice and used his voice like a musical instrument.

Louis Armstrong: A Cultural Legacy was funded in part by a grant from the National Endowment for the Humanities, a federal agency, and by the New York State Council on the Arts. Additional support was provided by Mobil Foundation Inc. The exhibition was part of "America's Jazz Heritage," A Partnership of the Lila Wallace-Reader's Digest Fund and the Smithsonian Institution. Organized by the Queens Museum of Art and the Smithsonian Institution Traveling Exhibition Service (SITES) in cooperation with the Louis Armstrong Archives at Queens College, City University of New York, the exhibition made its eighth--and final--stop at the National Portrait Gallery. The Washington showing of Louis Armstrong: A Cultural Legacy was made possible through the generous support of Infiniti, a Division of Nissan Motor Corporation U.S.A. 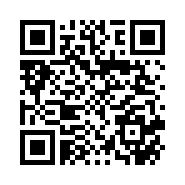