Anna Eleanor Roosevelt (October 11, 1884 – November 7, 1962) was the First Lady of the United States from 1933 to 1945. She supported the New Deal policies of her husband, Franklin Delano Roosevelt, and became an advocate for civil rights. After her husband's death in 1945, Roosevelt continued to be an internationally prominent author, speaker, politician, and activist for the New Deal coalition. She worked to enhance the status of working women, although she opposed the Equal Rights Amendment because she believed it would adversely affect women.

In the 1940s, Roosevelt was one of the co-founders of Freedom House and supported the formation of the United Nations. Roosevelt founded the UN Association of the United States in 1943 to advance support for the formation of the UN. She was a delegate to the UN General Assembly from 1945 and 1952, a job for which she was appointed by President Harry S. Truman and confirmed by the United States Senate. During her time at the United Nations she chaired the committee that drafted and approved the Universal Declaration of Human Rights. President Truman called her the "First Lady of the World" in tribute to her human rights achievements.

Active in politics for the rest of her life, Roosevelt chaired the John F. Kennedy administration's ground-breaking committee which helped start second-wave feminism, the Presidential Commission on the Status of Women. She was one of the most admired people of the 20th century, according to Gallup's List of Widely Admired People.She was an honorary member of the Alpha Kappa Alpha (AKA) Sorority.

Marriage and family life
In 1902 at age 17, Roosevelt returned to the United States, ending her formal education. She was later given a debutante party. As a member of The New York Junior League, she volunteered as a social worker in the East Side slums of New York. Roosevelt was among the League's earliest members, having been introduced to the organization by her friend, and organization founder, Mary Harriman.

That same year Roosevelt met her father's fifth cousin, Franklin D. Roosevelt, and was overwhelmed when the 20-year-old dashing Harvard University student demonstrated affection for her. Following a White House reception and dinner with her uncle, President Theodore Roosevelt, on New Year's Day, 1903, Franklin's courtship of Eleanor began. She later brought Franklin along on her rounds of the squalid tenements, a walking tour that profoundly moved the theretofore sheltered young man.

In November 1904, they became engaged, although the engagement was not announced until December 1, 1904, at the insistence of Franklin's mother, Sara Delano Roosevelt. She opposed the union. "I know what pain I must have caused you," Franklin wrote his mother of his decision. But, he added, "I know my own mind, and known it for a long time, and know that I could never think otherwise." Sara took her son on a cruise in 1904, hoping that a separation would squelch the romance, but Franklin returned to Eleanor with renewed ardor. The wedding date was fixed to accommodate President Roosevelt, who agreed to give the bride away. Her uncle's presence focused national attention on the wedding.

Roosevelt, aged 20, married Franklin Roosevelt, aged 23, her fifth-cousin once removed, on March 17, 1905 (St. Patrick's Day), at the adjoining townhouses of Mrs. Elizabeth Livingston Ludlow and her daughter, Susan "Cousin Susie" Parish in New York City. The Reverend Dr. Endicott Peabody, the groom's headmaster at Groton School, performed the services. The couple spent a preliminary honeymoon of one week at Hyde Park, then set up housekeeping in an apartment in New York. That summer they went on their formal honeymoon, a three-month tour of Europe.

Returning to the U.S., the newlyweds settled in New York City, in a house provided by Franklin's mother, as well as at the family's estate overlooking the Hudson River in Hyde Park, New York. Roosevelt deferred to her mother-in-law in virtually all household matters. She did not gain a measure of independence until her husband was elected to the state senate and the couple moved to Albany, New York. Eleanor Roosevelt was also a member of the Order of the Eastern Star.

The Roosevelts had six children, five of whom survived infancy:

Anna Eleanor, Jr. (1906–1975) - journalist, public relations official.
James (1907–1991) - businessman, congressman, author.
Franklin Delano, Jr. (b./d. 1909)
Elliott (1910–1990) - businessman, mayor, author.
Franklin Delano Jr. (1914–1988) - businessman, congressman, farmer.
John Aspinwall (1916–1981) - merchant, stockbroker.
The family began spending summers at Campobello Island, New Brunswick, on the Maine–Canada border, where Franklin was stricken with a paralytic illness in August 1921, which resulted in permanent paralysis of his legs. Although the disease was widely believed during his lifetime to be poliomyelitis, newer research indicates Roosevelt's illness was more likely Guillain-Barré Syndrome, which was scarcely known at the time. Franklin's attending physician, Dr. William Keen, believed it was polio and commended Eleanor's devotion to the stricken Franklin during that time of travail, "You have been a rare wife and have borne your heavy burden most bravely", proclaiming her "one of my heroines".A play and movie depicting that time, Sunrise at Campobello, were produced almost 40 years later.

It was Eleanor who prodded Franklin to return to active life. To compensate for his lack of mobility, she overcame her shyness to make public appearances on his behalf and thereafter served him as a listening post and barometer of popular sentiment.

Tensions with "Oyster Bay Roosevelts"
Although Roosevelt was always in the good graces of her uncle, Theodore Roosevelt, the pater familias of the Oyster Bay Roosevelts, as the Republican branch of the family was known, she often found herself at odds with his eldest daughter, Alice Roosevelt. Theodore felt Eleanor's conduct to be far more responsible, socially acceptable and cooperative; in short, more "Rooseveltian" than that of the beautiful, highly photogenic, but rebellious and self-absorbed Alice, to whom he would ask, "Why can't you be more like 'cousin Eleanor'?" These early experiences laid the foundation for life-long strain between the two high-profile cousins. Though the youthful Alice's comradely relationship with Franklin during the World War I years in Washington is still the object of curiosity among Rooseveltian scholars, both Eleanor's and his relationship with Alice and other Oyster Bay Roosevelts would be aggravated by the widening political gulf between the Hyde Park and Oyster Bay families, as Franklin D. Roosevelt's political career began to take off. In 1924, Eleanor campaigned against her cousin, New York gubernatorial candidate Theodore Roosevelt, Jr., and contributed to his loss and further strained relations between the two Roosevelt branches.

Alice often hosted dinner parties at her Washington, D. C. home, where she promoted the affair between Franklin and Lucy Mercer. Alice would invite both Franklin and Lucy to dine—especially when Eleanor was out of town. Alice must have savored this underhanded revenge. "He deserved a good time," Alice once said of FDR; after all, "he was married to Eleanor."

That said, Alice was not particularly enamored with FDR either; she described Franklin as "two-thirds mush and one-third Eleanor". When Franklin was inaugurated president in 1933, Alice was invited to attend along with her brothers, Kermit and Archie. When Eleanor Roosevelt died in 1962, her cousin Ethel Derby wrote that she would not attend Mrs. Roosevelt's funeral because she did not love her.

First Lady of the United States (1933 – 1945)
Following the Presidential inauguration of Franklin D. Roosevelt ("FDR") on March 4, 1933, Eleanor became First Lady of the United States. Having seen the strictly circumscribed role and traditional protocol of her aunt, Edith Roosevelt, during the presidency of Theodore Roosevelt (1901–1909), Roosevelt set out on a different course. With her husband's strong support, despite criticism of them both, she continued with the active business and speaking agenda she had begun before becoming First Lady, in an era when few women had careers. She was the first to hold weekly press conferences and started writing a widely syndicated newspaper column, "My Day" at the urging of her literary agent, George T. Bye[citation needed].

Roosevelt maintained a heavy travel schedule over her twelve years in the White House, frequently making personal appearances at labor meetings to assure Depression-era workers that the White House was mindful of their plight. In one widely-circulated cartoon of the time from The New Yorker magazine (June 3, 1933) lampooning the peripatetic First Lady, an astonished coal miner, peering down a dark tunnel, says to a co-worker "For gosh sakes, here comes Mrs. Roosevelt!"

Eleanor also became an important connection for Franklin's administration to the African-American population during the segregation era. During Franklin's terms as President, despite Franklin's need to placate southern sentiment, Eleanor was vocal in her support of the African-American civil rights movement. She was outspoken in her support of Marian Anderson in 1939 when the black singer was denied the use of Washington's Constitution Hall and was instrumental in the subsequent concert held on the steps of the Lincoln Memorial. The first lady also played a role in racial affairs when she appointed Mary McLeod Bethune as head of the Division of Negro Affairs.

One social highlight of the Roosevelt years was the 1939 visit of King George VI and Queen Elizabeth, the first British monarchs to set foot on U.S. soil. The Roosevelts were criticized in some quarters for serving hot dogs to the royal couple during a picnic at Hyde Park.

Death
Roosevelt was injured in April 1960 when she was struck by a car in New York City. Afterwards, her health began a rapid decline. Subsequently diagnosed with aplastic anemia, she developed bone marrow tuberculosis. Roosevelt died at her Manhattan home on November 7, 1962 at 6:15 p.m., at the age of 78.President Kennedy ordered the lowering of flags to half-staff in her memory. UN Ambassador Adlai Stevenson said, "The United States, the United Nations, the world, has lost one of its great citizens. Mrs. Eleanor Roosevelt is dead, and a cherished friend of all mankind is gone."

Her funeral at Hyde Park was attended by President John F. Kennedy and former Presidents Truman and Eisenhower. At her memorial service, Adlai Stevenson asked, "What other single human being has touched and transformed the existence of so many?" Stevenson also said that Roosevelt was someone "who would rather light a candle than curse the darkness." She was laid to rest next to Franklin at the family compound in Hyde Park, New York on November 10, 1962.

Roosevelt, who considered herself plain and craved affection as a child, had in the end transcended whatever shortcomings she felt were hers to bring comfort and hope to many, becoming one of the most admired figures of the 20th century. 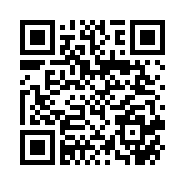