她的作品《湯姆叔叔的小屋》喚醒了一代廢奴主義者，醞釀了一場內戰。
Her Uncle Tom’s Cabin inspired a generation of abolitionists and set the stage for civil war.

Harriet Beecher Stowe (June 14, 1811 – July 1, 1896) was an American abolitionist and author. Stowe's novel Uncle Tom's Cabin (1852) depicted life for African-Americans under slavery; it reached millions as a novel and play, and became influential in the United States and United Kingdom and made the political issues of the 1850s regarding slavery tangible to millions, energizing anti-slavery forces in the American North, while provoking widespread anger in the South. Upon meeting Stowe, Abraham Lincoln allegedly remarked, "So you're the little lady who started this great war!" The quote is regarded as apocryphal.

Life
Harriet Elisabeth Beecher was born in Litchfield, Connecticut on June 14, 1811. She was the daughter of outspoken religious leader Lyman Beecher and Roxana Foote, a deeply religious woman who died when Stowe was four years old. She was the sister of the educator and author, Catharine Beecher, clergymen Henry Ward Beecher, Charles Beecher, and Edward Beecher.

Harriet enrolled in the seminary run by her eldest sister Catharine, where she received a traditionally "male" education. At the age of 21, she moved to Cincinnati, Ohio to join her father, who had become the president of Lane Theological Seminary, and in 1836 she married Calvin Ellis Stowe, a professor at the seminary and an ardent critic of slavery. The Stowes supported the Underground Railroad and housed several fugitive slaves in their home. They eventually moved to Brunswick, Maine, where Calvin taught at Bowdoin College.

In 1850, Congress passed the Fugitive Slave Law, prohibiting assistance to fugitives. Stowe was moved to present her objections on paper, and in June 1851, the first installment of Uncle Tom's Cabin appeared in the antislavery journal National Era. The 40-year-old mother of seven children sparked a national debate and, as Abraham Lincoln is said to have noted, a war. Stowe died on July 1, 1896, at age eighty-five, in Hartford, Connecticut.

In the 1870s and 1880s, Stowe and her family wintered in Mandarin, Florida, now a suburb of modern consolidated Jacksonville, on the St. Johns River. Stowe wrote Palmetto Leaves while living in Mandarin, arguably the most effective and eloquent piece of promotional literature directed at Florida's potential Northern investors at the time. The book was published in 1873 and describes Northeast Florida and its residents. In 1870, Stowe created an integrated school in Mandarin for children and adults. This was an early step toward providing equal education in the area and predated the national movement toward integration by more than a half century. The marker commemorating the Stowe family is located across the street from the former site of their cottage. It is on the property of the Community Club, at the site of a church where Stowe's husband once served as a minister.

The Harriet Beecher Stowe House in Brunswick, Maine is where Uncle Tom's Cabin was written while Harriet and Calvin lived there when Calvin worked at Bowdoin College. Although local interest for its preservation as a museum has been strong in the past, it has long been an inn and German restaurant. It most recently changed ownership in 1999 for $865,000.

The Harriet Beecher Stowe House in Hartford, Connecticut is the house where Harriet lived for the last 23 years of her life next door to fellow author Mark Twain. In this 5,000 sq ft (460 m2) cottage style house, there are many of Beecher Stowe's original items and items from the time period. In the research library, which is open to the public, there are numerous letters and documents from the Beecher family. The house is opened to the public and offers house tours on the half hour. 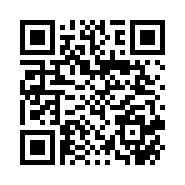