以下是針對2005年6月11日考試寫作Task2所寫的範文：  Task 2: The government is responsible for pro

Task 2: The government is responsible for protecting a nation's cultural identity. Thus, some people believe new buildings should be built in traditional styles. To what extent do you agree or disagree with this opinion?

We all know that China's history is a long and complex one which stretches over thousands of years. With such a long and varied history, it's hard to accurately define our 'cultural identity'. For example, in the Tang Dynasty, many people thought that fat women were the most beautiful, but now things are different, and most people think that slim girls are prettier. The same is true for building designs; some things that were desirable in the past are no longer popular.

Many modern buildings are safer than old buildings, because we have learned how to make stronger buildings that will last longer. I think that modern buildings that incorporate a subtle traditional style into their design are beautiful, but it's also good for buildings to have a wild, modern, Chinese flavor. Each period of Chinese history is a little different, so we should leave room for new expression.

In the future, today's newest designs may well become traditional. Keeping this fact in mind, I agree that some buildings should be built in traditional styles; however, we should also allow young Chinese architects to weave the essence of the current era into their building designs. The government is not only responsible for protecting a nation's cultural identity; it also has a responsibility to allow for continued growth.(作者：北京新航道學校外教老師) 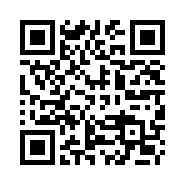