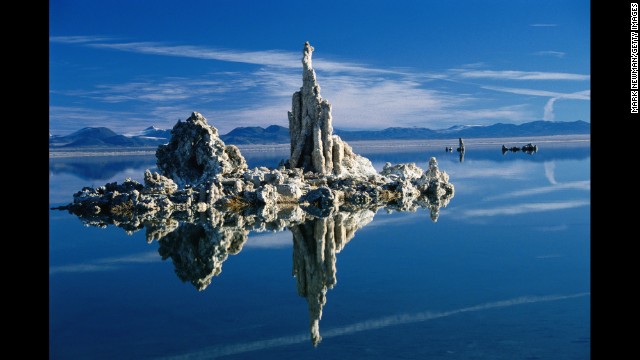 (CNN) -- Our planet is chock full of the beautiful and bizarre.

Give nature millions of years to work its magic and some pretty weird formations emerge from solid rock.

The best parks in the U.S.

From violent volcanic eruptions to the slow movement of wind and water, the forces of nature have made the United States, particularly the western half of the country, a showcase for wild-looking sculpture.

Here are some of the most awe-inspiring places in the country to witness these odd rock formations:

To visit Mono Lake is to behold an other-worldly landscape. Located just 13 miles east of Yosemite National Park, this ancient lake receives salt and minerals from Sierra streams, creating calcium carbonate spires called tufa towers that rise majestically from the water. As fresh water evaporates from the lake, it leaves behind the salt, making the lake more than twice as salty as the ocean and offering visitors the opportunity for a buoyant swim during warmer summer months. In winter, snow glitters dramatically on the tufas.

Stop at the visitors center to learn more about the natural history of the region, then try the self-guided nature trail to experience this unique landscape firsthand. It's a paradise for photographers and nature lovers.

Southern Utah is one of the most spectacular geological shows on Earth. With so many peculiar rock formations here, visits to Bryce Canyon, Arches or Canyonlands National Parks, to name a few, will not disappoint. But two parks really stand out in the category of rocks with character.

One is Goblin Valley State Park near the town of Green River. Below dramatic red buttes and cliffs lies a valley populated with thousands of uncannily mushroom-shaped hoodoos, rock pillars shaped by water erosion and dust blown across the valley, that resemble goblins. Every hour and every weather condition creates a different mood in this surreal landscape. In the winter, the park offers snowshoeing and skiing amid a breathtaking scene of snow on red rocks. Stay for sunset and see the goblins glow like burning embers.

10 record-setting natural wonders in the U.S.

Stop at the Bureau of Land Management office in Kanab or Escalante to review maps, learn about weather advisories and other information important in preparing for the harsh conditions in this sometimes other-worldly land.

Driving north from Gallup, New Mexico, on State Route 491 toward the Four Corners Monument, one passes through the vast, arid lands of the eastern Navajo Nation. To the north are the Rockies. To the west, the Chuska Mountains on the border of Arizona and New Mexico. And to the east, the dusty, sparsely-vegetated landscape of the San Juan Basin seems to go on forever, like a wide dry sea. But eventually, a jagged dark figure looms on the horizon like ship sailing through the desert -- or, as Navajos refer to it, "rock with wings."

Shiprock is the remnants of a volcano that erupted more than 30 million years ago. At nearly 1,600 feet, it's the single most prominent figure on this desert landscape. There are no amenities at the site, and it is forbidden to hike or climb on this sacred peak. Just pull off the road for a stunning photo, or walk around to enjoy sound of the wind as it blows dramatic cloud shadows across the plain, and contemplate the immensity of this powerful place.

Just an hour's drive from the Las Vegas Strip, Valley of Fire State Park offers a number of impressive rock formations created by shifting sand dunes during the Mesozoic era some 150 million years ago. Of the dozens of beautiful and odd formations you'll find here, perhaps none is stranger than Elephant Rock, where erosion has sculpted a slanted arch resembling an elephant's trunk and body.

There is a parking lot less than a mile from Elephant Rock and a walking trail to the site. Come on a summer's day when the sun is blazing down on the red sandstone, and you'll agree that the park was aptly named: It's an oven. The rest of the year offers more comfortable temperatures for doing short, relatively easy hikes with opportunities to see wildlife, petrified wood and petroglyphs.

Chimney Rock was a welcome landmark for pioneers making arduous westward journeys along the Oregon, Mormon and California Trails in the early 19th century. The narrow spire juts from a base of volcanic ash and clay, the remnant of an eruption sharpened into a slender tower by millions of years of erosion.

A state-owned buffer zone around the rock has prevented development near the site, allowing visitors to see it rise from the grassy prairie in much the same way as pioneers traveling overland in covered wagons. The Nebraska State Historical Society runs a visitor center with information on the natural and human history associated with the Chimney Rock.

This park's strange and beautiful rock formations were formed by the Yellowstone River and various streams that have cut through the rock over millions of years, carving out hoodoos, spires and caprocks. The name Makoshika comes from a Lakota word for badlands.

Short walks of less than 2 miles afford great views. Try the Cap Rock Nature Trail, the Diane Gabriel Trail and the Kinney Coulee Trail, located just outside the park, which descends into a canyon with a diversity of hoodoos. This is also dinosaur country: Check out the complete Triceratops skull on display at the visitor center, along with remains of a Tyrannosaurus Rex and a rare Thescelosaurus.

The unglamorously named Turnip Rock is a stunning sight, particularly on a warm sunny day when the clear, blue-green waters of Lake Huron sparkle. Wave erosion has caused this flat, tree-covered rock island to taper to a narrow base, around which people swim in the summer months.

Turnip Rock is located in a portion of eastern Michigan dubbed the Thumb, where 140 miles of coastline and waterfront towns offer a variety of outdoor activities, including biking, walking and kayaking.

It's just offshore from private property inaccessible to the general public, so a good way to approach the rock is by kayak, which can be rented in the small village of Port Austin. Kayaking out in pre-dawn darkness to catch the sun rise behind Turnip Rock is a special treat for experienced kayakers. During winter months, the rock ceases to be an island as the lake ices over, creating another dazzling scene.

It is more imposing than any skyscraper as it comes into view, rising more than 867 feet from a grassy, tree-dotted hillside in northeast Wyoming. Devils Tower is not the remnant of an erupted volcano, but instead a place where magma welled up inside the surrounding rock and then cooled. When the rock eroded away, this cylindrical tower with a texture that resembles bear claw marks remained. Many Native American tribes consider it sacred.

There are 8 miles of nature trails around the monument that take visitors through grasslands and ponderosa pine forests at its base. Rangers also lead tours of the monument, and the visitors center offers programs and exhibits about the ecological, geological and cultural features of the site.

While Devils Tower is a popular site for climbers, this conflicts with some tribes' beliefs about how a sacred site should be treated. The National Park Service asks climbers to voluntarily refrain from ascending during the month of June. Rest assured that the view of the tower from its base is magnificent.

It's not what comes to most people's minds when they picture a city park, but the City of Colorado Springs owns and maintains this grand, nearly 1,300-acre assemblage of red rock cliffs, spires and boulders.

The park's most famous formation is Balanced Rock, an enormous boulder that from certain angles appears to defy the laws of physics as it perches precariously on the edge of a ledge. This makes it a favorite photo op, of course. The short, easy Siamese Twins trail also offers impressive views of snow-capped Pikes Peak.

It's a bit of a surprise to be driving through farmlands near Lewis, Kansas, and suddenly spot a series of tall chalk towers on the horizon. The collection of rocks is a national landmark that looks something like a Stonehenge on the prairie. However, the monoliths at Monument Rocks were carved not by human hands, but by wind and water after a sea that once covered the region receded. That means the rocks also contain a lot of fossils.

Visitors can walk among the towers, but be aware: This is private property, and the rocks are very fragile -- so walk lightly here and don't scramble around or dig among them.

Located in the southern end of the Shenandoah Valley, Natural Bridge is not only an impressive natural wonder and a national historic landmark, it is steeped in early American history and immortalized in the works of mid-19th century Hudson River School landscape painters Frederic Edwin Church and David Johnson.

Cedar Creek, which feeds the James River, carved out an enormous portal in this more than 200-foot high limestone tower, which was once part of an underground cavern that collapsed through the process of water erosion. (Visitors can still tour nearby caverns, the deepest on the East Coast.) Along with Niagara Falls, Natural Bridge was considered one of early America's great natural wonders.

Revered by the Monacan tribe as a sacred place, Natural Bridge was later purchased by Thomas Jefferson, who kept it in his estate for the rest of his life. It remained a privately-owned property until earlier this year, when the State of Virginia announced that the bridge and 1,500 surrounding acres would become a state park property by the end of 2015. It is a scenic starting point from which to explore the Cedar Creek Trail and the Monacan Indian Living History Village.

The island of Hawaii is one of the few places where it's possible to directly witness how volcanoes create strange formations. Hawaii Volcanoes National Park rises from sea level to 13,677 feet at the Mauna Loa Crater and includes diverse geological features like cinder cones, pit craters and living lava.

The two active volcanoes here are Mauna Loa and Kilauea. Check out the Banana Lava Flow at the end of Chain of Craters Road, where you may see lava pouring directly into the ocean, and walk the trail leading through the Thurston Lava Tube, a tunnel formed by hot lava flowing beneath a hardened surface. Another intriguing hike is the 1974 Lava Tree and Keanakakoi Crater Hike, which loops through a forest destroyed by a lava flow that coated the trees -- some of which remain standing, although in much-altered form.

A word of caution: Stop at the visitor center before venturing to more active parts of the volcano. Although it's possible to get up close and personal with hot, flowing lava, it is dangerous. Know the risks before you go. 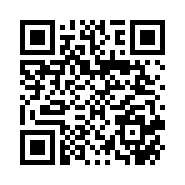