1. If Only 如果能再愛一次 Ian Wyndham (Nicholls) is a British Businessman who lives with his mus

Ian Wyndham (Nicholls) is a British Businessman who lives with his musician girlfriend, Samantha Andrews (Hewitt) in London. Ian takes Sam forgranted making Sam feeling vulnerable in the role of the one who loves more. Taking us through a day in Ian and Sam's life, the film opens by showing different events such as Sam getting burnt on a kettle, Ian's watch breaking, Sam getting Coca-Cola spilt on her and Ian being interrupted by Sam during an important meeting at work.

As the day progresses we see Sam gets in a passing taxi and as Ian tries to get in beside her he notices that the driver is the same man who he traveled with earlier that day. The man gives Ian an ominous smile and as the clock hits 11 PM, Sam closes the door, leaving Ian standing there. As he watches the taxi drive away, Ian makes one last attempt to reconcile with Sam and runs after the taxi as it stops at a traffic light. Before he gets there, the lights change and the taxi begins driving again. As it speeds up, the taxi is struck violently by another car and comes to a stop on the middle of the street. Ian halts and falls on his knees in shock...

In 1961 London, Jenny Mellor is a 16-year-old schoolgirl, on track to enter Oxford University when she meets a charming older man, David Goldman, who pursues her romantically. He takes her to concerts, clubs, and fine restaurants, and easily charms her parents into approving of the relationship. When Jenny recognizes that David is a con man who makes money through a variety of shady practices, she is initially shocked but silences her misgivings in the face of David's persuasive charm.

When David proposes marriage, Jenny accepts and leaves school. She then discovers David is already married. When she reveals her discovery to David, he drops out of sight. Jenny despairs, feeling she has thrown her life away, but with the help of her favourite teacher, resumes her studies and is accepted at Oxford the following year.

In 1876, Leopold Alexis Elijah Walker Thomas Gareth Mountbatten, Duke of Albany, is a stifled dreamer. Strict Uncle Millard (Paxton Whitehead) has no patience for Leopold's disrespect for the monarchy, chastising him and telling him he must marry a rich American, as the Mountbatten family finances are depleted. His uncle has told him that on his "thirtieth birthday he had become a blemish to the family name".

The Duke finds Stuart Besser (Liev Schreiber), an amateur physicist (and descendant of Leopold, according to deleted scenes) perusing his schematic diagrams and taking photographs of them. He had seen him earlier at Roebling's speech about the Brooklyn Bridge. Leopold follows Stuart and tries to save him from what he thinks is a suicide, falling after him into the portal that brought the man there in the first place.

Leopold awakens in 21st century New York. He is at first confused and thinks that he has been kidnapped. Stuart says that he has created formulae to forecast portals in the temporal universe and that Leopold must stay inside his apartment until the portal opens again a week later. As Stuart takes his dog out, he is injured by falling into the elevator shaft, and is eventually institutionalized for speaking about his scientific discovery...

Set in Edinburgh, the film begins with Mark Renton's (Ewan McGregor) statement that unlike people who "choose life" (i.e. a traditional family lifestyle with children, financial stability and material possessions), he has chosen an alternative lifestyle of a heroin addict. Renton's close circle of football enthusiast friends are introduced: Sick Boy, Spud and Renton are all heroin addicts, while Tommy and Begbie openly criticise heroin use, even as they indulge in binge drinking and chain smoking. After quitting heroin, Renton struggles to adjust. The return to sobriety forces Renton to view his friends much more critically as they spend time together sober engaging in unconventional activities.

After a tragic relapse, Renton moves to London and starts a job as a property letting agent. He begins to enjoy the vibrancy of London, still clean off heroin, and saves up money on the side. His happiness is short-lived, however, as his 'friends' continually bring their dramas to him...

Amanda Woods (Cameron Diaz) with her best friend Miles (Jack Black) owns a company that produces movie trailers. She handles editing while he provides incidental score, and scenes concerning her are occasionally accompanied by narration in the voice of Hal Douglas. Amanda is an extreme workaholic. Iris Simpkins (Kate Winslet) is a society column editor for The Daily Telegraph in London. Both women are suffering from heartache: While Amanda discovers that her live-in boyfriend (Edward Burns) has cheated on her, due to their lackluster relationship, Iris learns that Jasper Bloom (Rufus Sewell), the object of Iris' unrequited love, is engaged after he announces it at the office Christmas party. Seeking an escape, Iris posts an ad for her "quaint cottage in Surrey" on a home-swap website, which Amanda eagerly accepts...

Young orphan Oliver Twist is forcibly brought to a workhouse on his ninth birthday. He and the other resident children are treated poorly and given very little food. Facing starvation, the boys select Oliver (through a lottery) to ask for more food at the next meal, which he tentatively does. This results in Oliver being chastised, and the workhouse officials, who are wealthy, well-fed, hypocritical men, decide to get rid of him. After nearly being sold as an apprentice to a cruel chimney sweep, Oliver is sent to Mr. Sowerberry, a coffin-maker, whose wife and senior apprentice take an instant dislike to the newcomer. After more poor treatment, Oliver snaps and attacks Noah, the snotty older apprentice, for having insulted his mother. Knowing his life with the Sowerberrys will only get worse, Oliver escapes on foot...

The historical backdrop for this novel is the Second World War in Northern Africa and Italy. Hana, a young Canadian Army nurse, lives in the abandoned Villa San Girolamo in Italy, which is filled with hidden, undetonated bombs. In her care is the man nicknamed "the English patient," of whom all she knows is that he was burned beyond recognition in a plane crash before being taken to the hospital by a Bedouin tribe. He also claimed to be English. The only possession that the patient has is a copy of Herodotus' histories that survived the fire. He has annotated these histories and is constantly remembering his explorations in the desert in great detail, but cannot state his own name. The patient is, in fact, László de Almásy, a Hungarian desert explorer who was part of a British cartography group. He chose, however, to erase his identity and nationality...

The movie Penelope follows a young woman who learns to be happy with who she is, regardless of her looks or who approves of her. Penelope Wilhern is a young woman from a wealthy family with all the qualities to make an excellent match for any other well-bred man of her status. However, what sets her apart is that she has the nose and ears of a pig.

Generations ago, an embittered witch placed a curse on the Wilhern family because their son had impregnated her daughter, one of their servants. The son sought to marry her, but his family talked him out of it and married him off to another. The witch's daughter, overwrought, threw herself off a cliff. The witch cursed the Wilherns so that the next girl born into the clan would have the aspect of a pig. For five generations, only sons were born into the family, until Penelope (Christina Ricci) was born, stricken with the curse. It is said that the curse can only be lifted if one of her own learns to love her, which is interpreted by her parents to mean a man of noble birth...

9. Enemy at the Gates 兵臨城下

In 1942, Vassili Zaitsev (Jude Law), a shepherd from the Ural Mountains who is now a soldier in the Red Army, finds himself on the front lines of the Battle of Stalingrad. Sent on a suicidal charge against the invading Germans, he uses impressive marksmanship skills—taught to him by his grandfather from a young age—to save himself and commissar Danilov (Joseph Fiennes). Nikita Khrushchev (Bob Hoskins) arrives in Stalingrad to coordinate the city's defenses and demands ideas to improve morale. Danilov, now a senior Lieutenant, suggests that the people need figures to idolize, and publishes tales of Vassili's exploits in the army's newspaper that paint him as a national hero and propaganda icon. Vassili is transferred to the sniper division, and he and Danilov become friends. They also both become romantically interested in Tania (Rachel Weisz), a citizen of Stalingrad who has become a Private in the local militia. Danilov has her transferred to an intelligence unit away from the battlefield...

Jane Austen (Anne Hathaway) is the youngest daughter of Reverend Austen and his wife (Julie Walters) and has yet to find a suitable husband. She wishes to be a writer, to the dismay of her mother and proud delight of her father (James Cromwell).

Thomas Lefroy (James McAvoy) is a promising lawyer with a bad reputation, which he describes as "typical" for peers of that era. After a bad first impression upon meeting him, Jane cannot stand the arrogant Irishman. She turns down the affections of numerous men, including Mr. Wisley (Laurence Fox), the nephew of the wealthy Lady Gresham (Maggie Smith). Wisley proposes, but Jane ultimately rejects him due to lack of affection. The mischievous Tom — later the inspiration for Pride and Prejudice's Mr. Darcy — continues his advances and Jane begins to take the idea of marriage seriously. The two get to know each other gradually, however, and eventually they fall in love... 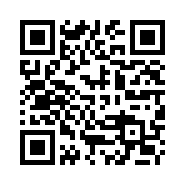