The continent's first inhabitants walked into North Americaacross what is now the Bering Strait from Asia. For the next20,000 years these pioneering settlers were essentially left aloneto develop distinct and dynamic cultures. In the modern US,their descendants include the Pueblo people in what is now NewMexico; Apache in Texas; Navajo in Arizona, Colorado and Utah;Hopi in Arizona; Crow in Montana; Cherokee in North Carolina;and Mohawk and Iroquois in New York State.

The Norwegian explorer Leif Eriksson was the first European to reach North America, some 500years before a disoriented Columbus accidentally discovered 'Indians' in Hispaniola (now theDominican Republic and Haiti) in 1492. By the mid-1550s, much of the Americas had been pokedand prodded by a parade of explorers from Spain, Portugal, England and France.

The first colonies attracted immigrants looking to get rich quickly and return home, but they weresoon followed by migrants whose primary goal was to colonize. The Spanish founded the firstpermanent European settlement in St Augustine, Florida, in 1565; the French moved in on Maine in1602, and Jamestown, Virginia, became the first British settlement in 1607. The first Africansarrived as 'indentured laborers' with the Brits a year prior to English Puritan pilgrims' escape ofreligious persecution. The pilgrims founded a colony at Plymouth Rock, Massachusetts, in 1620and signed the famous Mayflower Compact - a declaration of self-government that would later beechoed in the Declaration of Independence and the US Constitution. British attempts to assertauthority in its 13 North American colonies led to the French and Indian War (1757-63). The Britishwere victorious but were left with a nasty war debt, which they tried to recoup by imposing newtaxes. The rallying cry 'no taxation without representation' united the colonies, who ceremoniouslydumped caffeinated cargo overboard during the Boston Tea Party. Besieged British generalCornwallis surrendered to American commander George Washington five years later at Yorktown,Virginia, in 1781. In the 19th century, America's mantra was 'Manifest Destiny.' A combination ofland purchases, diplomacy and outright wars of conquest had by 1850 given the US roughly itspresent shape. In 1803, Napoleon dumped the entire Great Plains for a pittance, and Spain chippedin with Florida in 1819. The Battle of the Alamo during the 1835 Texan Revolution paved the wayfor Texan independence from Mexico, and the war with Mexico (1846-48) secured most of thesouthwest, including California.

The systematic annihilation of the buffalo hunted by the Plains Indians, encroachment on theirlands, and treaties not worth the paper they were written on led to Native Americans being herdedinto reservations, deprived of both their livelihoods and their spiritual connection to their land.Nineteenth-century immigration drastically altered the cultural landscape as settlers ofpredominantly British stock were joined by Central Europeans and Chinese, many attracted by the1849 gold rush in California. The South remained firmly committed to an agrarian life heavily relianton African American slave labor. Tensions were on the rise when abolitionist Abraham Lincoln waselected president in 1860. The South seceded from the Union, and the Civil War, by far thebloodiest war in America's history, began the following year. The North prevailed in 1865, freed theslaves and introduced universal adult male suffrage. Lincoln's vision for reconstruction, however,died with his assassination. America's trouncing of the Spaniards in 1898 marked the USA'sascendancy as a superpower and woke the country out of its isolationist slumber.

The US still did its best not to get its feet dirty in WWI's trenches, but finally capitulated in 1917,sending over a million troops to help sort out the pesky Germans. Postwar celebrations were cutshort by Prohibition in 1920, which banned alcohol in the country. The 1929 stock-market crashsignaled the start of the Great Depression and eventually brought about Franklin Roosevelt's NewDeal, which sought to lift the country back to prosperity. After the Japanese dropped in uninvitedon Pearl Harbor in 1941, the US played a major role in defeating the Axis powers. Atomic bombsdropped on Hiroshima and Nagasaki in 1945 not only ended the war with Japan, but ushered inthe nuclear age. The end of WWII segued into the Cold War - a period of great domesticprosperity and a surface uniformity belied by paranoia and betrayal. Politicians like Senator JoeMcCarthy took advantage of the climate to fan anticommunist flames, while the USSR and USAstockpiled nuclear weapons and fought wars by proxy in Korea, Africa and Southeast Asia.Tensions between the two countries reached their peak in 1962 during the Cuban Missile Crisis.

The 1960s was a decade of profound social change, thanks largely to the Civil Rights movement,Vietnam War protests and the discovery of sex, drugs and rock & roll. The Civil Rights movementgained momentum in 1955 with a bus boycott in Montgomery, Alabama. As a nonviolent massprotest movement, it aimed at breaking down segregation and regaining the vote for disfranchisedSouthern blacks. The movement peaked in 1963 with Martin Luther King Jr's 'I have a dreamspeech' in Washington, DC, and the passage of the landmark 1964 Civil Rights Act and 1965Voting Rights Act. Meanwhile, America's youth were rejecting the conformity of the previousdecade, growing their hair long and smoking lots of dope. 'Tune in, turn on, drop out' was themantra of a generation who protested heavily (and not disinterestedly) against the war in Vietnam.Assassinations of prominent political leaders - John and Robert Kennedy, Malcolm X and MartinLuther King Jr - took a little gloss off the party, and the American troops mired in Vietnam took offthe rest. NASA's moon landing in 1969 did little to restore national pride. In 1974 Richard Nixonbecame the first US president to resign from office, due to his involvement in the cover-up of theWatergate burglaries, bringing American patriotism to a new low.

The 1970s and '80s were a period of technological advancement and declining industrialism. Selfimage took a battering at the hands of Iranian Ayatollah Khomeni. A conservative backlash,symbolized by the election and popular two-term presidency of actor Ronald Reagan, sought toput some backbone in the country. The US then concentrated on bullying its poor neighbors inCentral America and the Caribbean, meddling in the affairs of El Salvador, Nicaragua, Panama andGrenada. The collapse of the Soviet Bloc's 'Evil Empire' in 1991 left the US as the world's solesuperpower, and the Gulf War in 1992 gave George Bush the opportunity to lead a coalitionsupposedly representing a 'new world order' into battle against Iraq. Domestic matters, such ashealth reform, gun ownership, drugs, racial tension, gay rights, balancing the budget, thetenacious Whitewater scandal and the Monica Lewinsky 'Fornigate' affair tended to overshadowinternational concerns during the Clinton administration. In a bid to kickstart its then-ailingeconomy, the USA signed NAFTA, a free-trade agreement with Canada and Mexico, in 1993,invaded Haiti in its role of upholder of democracy in 1994, committed thousands of troops topeacekeeping operations in Bosnia in 1995, hosted the Olympics in 1996 and enjoyed, over thepast few years, the fruits of a bull market on Wall St. The 2000 presidential election made historyby being the most highly contested race in the nation's history.

The Democratic candidate, Al Gore, secured the majority of the popular vote but lost the electionwhen all of Florida's electoral college votes went to George W Bush, who was ahead of Gore in thatstate by only 500 votes. Demands for recounts, a ruling by the Florida Supreme Court in favor ofpartial recounts, and a handful of lawsuits generated by both parties were brought to a halt whenthe US Supreme Court split along party lines and ruled that all recounts should cease. After fivetumultuous weeks, Bush was declared the winner. The early part of Bush's presidency saw the USface international tension, with renewed violence in the Middle East, a spy-plane standoff with Chinaand nearly global disapproval of US foreign policy with regard to the environment. On the domesticfront, a considerably weakened economy provided challenges for national policymakers. Whetherthe US can continue to hold onto its dominant position on the world stage and rejuvenate itseconomy remains to be seen. 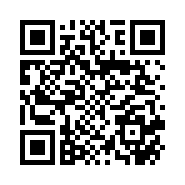