Education
Horace Mann was born on May 4, 1796, in Franklin, Massachusetts. His father was a farmer in limited circumstances, and the son was forced to procure by his own exertions the means of obtaining an education. He earned his school books when a child by braiding straw, and his severe and frugal life taught him habits of self-reliance and independence. From ten years of age to twenty he had never more than six weeks' schooling during any year. He made use of the town library, founded by Benjamin Franklin. At the age of 20 he enrolled at Brown University, and graduated after three years as valedictorian of his class in 1819. The theme of his oration was “The Progressive Character of the Human Race.” He then studied law for a short time at Wrentham, Massachusetts; was a tutor of Latin and Greek (1820–1822) and a librarian (1821–1823) at Brown University. He also studied during 1821–1823 at Litchfield Law School (the law school conducted by Judge Tapping Reeve in Litchfield, Connecticut), and in 1823, was admitted to the bar in Norfolk, Massachusetts.

Massachusetts legislature
Mann was elected to the legislature in 1827, and in that body was active in the interests of education, public charities, and laws for the suppression of intemperance and lotteries. He established through his personal exertions the state lunatic asylum at Worcester, and in 1833 was chairman of its board of trustees. He continued to be returned to the legislature as representative from Dedham until his removal to Boston in 1833. While in the legislature he was a member and part of the time chairman of the committee for the revision of the state statutes, and a large number of salutary provisions were incorporated into the code at his suggestion. After their enactment he was appointed one of the editors of the work, and prepared its marginal notes and its references to judicial decisions. He was elected to the Massachusetts State Senate from Boston in 1833, and was its president in 1836–1837. As a member of the Senate, he spent time as the majority leader, and aimed his focus at infrastructure, funding the construction of railroads and canals.

Education reform
It was not until he was appointed secretary (1837) of the newly created board of education of Massachusetts (the first such position in the United States) that he began the work which was to place him in the foremost rank of American educationists. Surprisingly, at the time, he had no special interest in education. He was only encouraged to take the job because it was a paid office position established by the legislature. He began as secretary of the board. On entering on his duties, he withdrew from all other professional or business engagements and from politics. This led him to become the most prominent national spokesman for that position. He held this position, and worked with a remarkable intensity, holding teachers' conventions, delivering numerous lectures and addresses, carrying on an extensive correspondence, and introducing numerous reforms. Mann traveled to every school in the state so he could physically examine each school ground. He planned and inaugurated the Massachusetts normal school system in Lexington (which shortly thereafter move to Framingham) and Bridgewater, and began preparing a series of annual reports, which had a wide circulation and were considered as being "among the best expositions, if, indeed, they are not the very best ones, of the practical benefits of a common school education both to the individual and to the state". By his advocacy of the disuse of corporal punishment in school discipline, he was involved in a controversy with some of the Boston teachers that resulted in the adoption of his views.In 1838, he founded and edited The Common School Journal. In this journal, Mann targeted the public school and its problems. His six main principles were: (1) the public should no longer remain ignorant; (2) that such education should be paid for, controlled, and sustained by an interested public; (3) that this education will be best provided in schools that embrace children from a variety of backgrounds; (4) that this education must be non-sectarian ; (5) that this education must be taught by the spirit, methods, and discipline of a free society; and (6) that education should be provided by well-trained, professional teachers. Mann worked for more and better equipped school houses, longer school years (until 16 years old), higher pay for teachers, and a wider curriculum.

Under the auspices of the board, but at his own expense, he went to Europe in 1843 to visit schools, especially in Germany, and his seventh annual report, published after his return, embodied the results of his tour. Many editions of this report were printed, not only in Massachusetts, but in other states, in some cases by private individuals and in others by legislatures, and several editions were issued in England. In 1852, he supported the decision to adopt the Prussian education system in Massachusetts. Shortly after Massachusetts adopted the Prussian system, the Governor of New York set up the same method in twelve different New York schools on a trial basis.The practical result of Mann's work was a revolution in the approach used in the common school system of Massachusetts, which in turn influenced the direction of other states. In carrying out his work, Mann met with bitter opposition by some Boston schoolmasters who strongly disapproved of his innovative pedagogical ideas, and by various religious sectarians, who contended against the exclusion of all sectarian instruction from the schools. He is often considered "the father of American public education"

Leadership of Antioch College and last years
In September 1852, he was nominated for governor of Massachusetts by the Free Soil Party, and the same day was chosen president of the newly established Antioch College at Yellow Springs, Ohio. Failing in the election for governor, he accepted the presidency of the college, in which he continued until his death. There he taught political economy, intellectual and moral philosophy, and natural theology earning the love of his students and by his many addresses exerted a beneficial influence upon education in the Midwest. Horace Mann also employed the first female faculty member to be paid on an equal basis with her male colleagues, Rebecca Pennell, his niece. His commencement message to the class of 1859 to "be ashamed to die until you have won some victory for humanity" is repeated to the graduating class at each commencement.Antioch College was founded by the Christian Connexion which later withdrew its financial support causing the college to struggle for many years with meager financial resources due to sectarian infighting. Mann himself was charged with nonadherence to sectarianism because, previously a Calvinist by upbringing, he joined the Unitarian Church.He is buried in the North Burial Ground in Providence, Rhode Island, next to his first wife, Charlotte Messer Mann. (Charlotte Messer Mann was the daughter of Asa Messer, an early president of Brown University.)

Legacy
Horace Mann's statue stands in front of the Massachusetts State House along with that of Daniel Webster.Antioch College continues to operate in accordance with the egalitarian and humanitarian values of Horace Mann. A monument including his statue stands in lands belonging to the college in Yellow Springs, Ohio with his quote and college motto "Be Ashamed to Die Until You Have Won Some Victory for Humanity."There are a number of schools in the United States named for Mann. Additionally, the University of Northern Colorado named the gates to their campus in his dedication, a gift of the Class of 1910.The Springfield, Illinois-based Illinois Education Association Mutual Insurance Company, was renamed in honor of Mann in 1950 as the Horace Mann Educators Corporation. 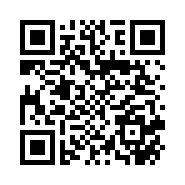