Robert Edward Lee (January 19, 1807 – October 12, 1870) was a career United States Army officer, a combat engineer, and among the most celebrated generals in American history. He is also one of the very few generals in modern military history to ever be offered the highest command of two opposing armies. Lee was the son of Major General Henry Lee III "Light Horse Harry" (1756–1818), Governor of Virginia, and his second wife, Anne Hill Carter (1773–1829). He was also related to Meriwether Lewis (1774–1809).

A top graduate of West Point, Lee distinguished himself as an exceptional soldier in the U.S. Army for thirty-two years. He is best known for commanding the Confederate Army of Northern Virginia in the American Civil War.In early 1861, President Abraham Lincoln invited Lee to take command of the entire Union Army. Lee declined because his home state of Virginia was seceding from the Union, despite Lee's wishes. When Virginia seceded from the Union in April 1861, Lee chose to follow his home state. Lee's eventual role in the newly established Confederacy was to serve as a senior military adviser to

President Jefferson Davis. Lee's first field command for the Confederate States came in June 1862 when he took command of the Confederate forces in the East (which Lee himself renamed the "Army of Northern Virginia").Lee's greatest victories were the Seven Days Battles, the Second Battle of Bull Run, the Battle of Fredericksburg, the Battle of Chancellorsville, and the Battle of Cold Harbor but both of his campaigns to invade the North ended in failure. Barely escaping defeat at the Battle of Antietam in 1862, Lee was forced to return to the South. In early July 1863, Lee was decisively defeated at the Battle of Gettysburg in Pennsylvania. However, due to ineffectual pursuit by the commander of Union forces, Major General George Meade, Lee escaped again to Virginia.In the spring of 1864, the new Union commander, Lieutenant General Ulysses S. Grant, began a series of campaigns to wear down Lee's army. In the Overland Campaign of 1864 and the Siege of Petersburg in 1864–1865, Lee inflicted heavy casualties on Grant's larger army, but was unable to replace his own losses. In early April 1865, Lee's depleted forces were turned from their entrenchments near the Confederate capital of Richmond, Virginia, and he began a strategic retreat. Lee's subsequent surrender at

Appomattox Courthouse on April 9, 1865 represented the loss of only one of the remaining Confederate field armies, but it was a psychological blow from which the South could not recover. By June 1865, all of the remaining Confederate armies had capitulated.Lee's victories against superior forces won him enduring fame as a crafty and daring battlefield tactician, but some of his strategic decisions, such as invading the North in 1862 and 1863, have been criticized by many military historians.In the final months of the Civil War, as manpower reserves drained away, Lee adopted a plan to arm slaves to fight on behalf of the Confederacy, but this came too late to change the outcome of the war. After Appomattox, Lee discouraged Southern dissenters from starting a guerrilla campaign to continue the war, and encouraged reconciliation between the North and the South.After the war, as a college President, Lee supported President Andrew Johnson's program of Reconstruction and inter-sectional friendship, while opposing the Radical Republican proposals to give freed slaves the vote and take the vote away from ex-Confederates. He urged them to re-think their position between the North and the South, and the reintegration of former Confederates into the nation's political life. Lee became the great Southern hero of the war, and his popularity grew in the North as well after his death in 1870. He remains an iconic figure of American military leadership.

Combat engineer career
Lee served for just over 17 months at Fort Pulaski on Cockspur Island, Georgia. In 1831 he was transferred to Fort Monroe at the tip of the Virginia Peninsula and played a major role in the final construction of Fort Monroe and its opposite, Fort Calhoun. Fort Monroe was completely surrounded by a moat. Fort Calhoun, later renamed Fort Wool, was built on a man-made island across the navigational channel from Old Point Comfort in the middle of the mouth of Hampton Roads. When construction was completed in 1834, Fort Monroe was referred to as the "Gibraltar of Chesapeake Bay." While he was stationed at Fort Monroe, he married.Lee served as an assistant in the chief engineer's office in Washington, D.C. from 1834 to 1837, but spent the summer of 1835 helping to lay out the state line between Ohio and Michigan. As a first lieutenant of engineers in 1837, he supervised the engineering work for St. Louis harbor and for the upper Mississippi and Missouri rivers. Among his projects was blasting a channel through the Des Moines Rapids on the Mississippi by Keokuk, Iowa, where the Mississippi's mean depth of 2.4 feet (0.7 m) was the upper limit of steamboat traffic on the river. His work there earned him a promotion to captain. Circa 1842, Captain Robert E. Lee arrived as Fort Hamilton's post engineer.

Mexican-American War, West Point, and Texas
Lee distinguished himself in the Mexican–American War (1846–1848). He was one of Winfield Scott's chief aides in the march from Veracruz to Mexico City. He was instrumental in several American victories through his personal reconnaissance as a staff officer; he found routes of attack that the Mexicans had not defended because they thought the terrain was impassable.He was promoted to brevet major after the Battle of Cerro Gordo on April 18, 1847.He also fought at Contreras, Churubusco, and Chapultepec, and was wounded at the last. By the end of the war, he had received additional brevet promotions to Lieutenant Colonel and Colonel, but his permanent rank was still Captain of Engineers and he would remain a Captain until his transfer to the cavalry in 1855.

For the first time Robert E. Lee and Ulysses S. Grant met and worked with each other during the Mexican-American War. Both Lee and Grant participated in the Scott's march from the coastal town of Vera Cruz to Mexico City. Grant gained wartime experience as a quartermaster, Lee as an engineer who positioned troops and artillery. Both did their share of actual fighting. At Vera Cruz, Lee earned a commendation for "greatly distinguished" service. Grant was among the leaders at the bloody assault at Molino del Rey, and both soldiers were among the forces that entered Mexico City. Close observations of their commanders constituted a learning process for both Lee and Grant. The Mexican-American War concluded on February 2, 1848.After the Mexican War, he spent three years at Fort Carroll in Baltimore harbor. During this time his service was interrupted by other duties, among them surveying/updating maps in Florida, an offer from Secretary of War Jefferson Davis to lead an attack on Cuba (Lee declined), and a brief military assignment out west. In September 1852, Lee became the superintendent of West Point. During his three years at West Point, Brevet Colonel Robert E. Lee improved the buildings and courses, and spent a lot of time with the cadets. Lee's oldest son, George Washington Custis Lee, attended West Point during his tenure. Custis Lee graduated in 1854, first in his class.In 1855, Lee's tour of duty at West Point ended and he was appointed Lieutenant Colonel of the newly formed 2nd U.S. Cavalry regiment. It was Lee's first substantive promotion in the Army since his promotion to Captain in 1838, despite having been brevetted a Colonel, which was an honorary promotion. By accepting promotion, Lee left the Corps of Engineers where he had served for over 25 years. The Colonelcy of the regiment was given to Albert Sidney Johnston, who had previously served as a Major in the Paymaster Department, and the regiment was assigned to Camp Cooper, Texas. There he helped protect settlers from attacks by the Apache and the Comanche.These were not happy years for Lee, as he did not like to be away from his family for long periods of time, especially as his wife was becoming increasingly ill. Lee came home to see her as often as he could. Robert's wife was treated by homeopath Alfred Hughes.

Lee's views on slavery
Since the end of the Civil War, it has often been suggested that Lee was in some sense opposed to slavery. In the period following the Civil War and Reconstruction, and after his death, Lee became a central figure in the Lost Cause interpretation of the war, and as succeeding generations came to look on slavery as a terrible immorality, the idea that Lee had always somehow opposed it helped maintain his stature as a symbol of Southern honor and national reconciliation.Some of the evidence cited in favor of the claim that Lee opposed slavery, are the manumission of Custis' slaves, as discussed above, and his support, towards the end of the war, for enrolling slaves in the Confederate States Army, with manumission offered as an eventual reward for good service. Lee gave his public support to this idea two weeks before Appomattox, too late for it to do any good for the Confederacy.In December 1864, Lee was shown a letter by Louisiana Senator Edward Sparrow, written by General St. John R. Liddell, which noted that Lee would be hard-pressed in the interior of Virginia by spring, and the need to consider Patrick Cleburne's plan to emancipate the slaves and put all men in the army that were willing to join. Lee was said to have agreed on all points and desired to get black soldiers, saying that "he could make soldiers out of any human being that had arms and legs."Another source is Lee's 1856 letter to his wife, which can be interpreted in multiple ways:
“ ... In this enlightened age, there are few I believe, but what will acknowledge, that slavery as an institution, is a moral & political evil in any Country. It is useless to expatiate on its disadvantages. I think it however a greater evil to the white man than to the black race, & while my feelings are strongly enlisted in behalf of the latter, my sympathies are more strong for the former. The blacks are immeasurably better off here than in Africa, morally, socially & physically. The painful discipline they are undergoing, is necessary for their instruction as a race, & I hope will prepare & lead them to better things. How long their subjugation may be necessary is known & ordered by a wise Merciful Providence. ”
Freeman's analysis puts Lee's attitude toward slavery and abolition in historical context:“ This [letter] was the prevailing view among most religious people of Lee's class in the border states. They believed that slavery existed because God willed it and they thought it would end when God so ruled. The time and the means were not theirs to decide, conscious though they were of the ill-effects of Negro slavery on both races. Lee shared these convictions of his neighbors without having come in contact with the worst evils of African bondage. He spent no considerable time in any state south of Virginia from the day he left Fort Pulaski in 1831 until he went to Texas in 1856. All his reflective years had been passed in the North or in the border states. He had never been among the blacks on a cotton or rice plantation. At Arlington the servants had been notoriously indolent, their master's master. Lee, in short, was only acquainted with slavery at its best and he judged it accordingly. At the same time, he was under no illusion regarding the aims of the Abolitionist or the effect of their agitation. ” 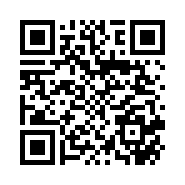