Finance minister, lawmakers explain controversial MRT slaying comments (2014/05/23)Today a bureaucrat and lawmakers sought to explain comments on the MRT slayings that were perceived as being insensitive. The finance minister who wondered why nobody on the train attempted to take down the killer took back his comment, while two lawmakers who said people should be more alert said they simply wanted to look out for people’s welfare.

After the most violent episode in MRT history, an official pointed blame at passengers.

Chang Sheng-ford (May 22)
Finance Minister
I find it regrettable that a single person with a 30-centimeter knife could confront so many people without one playing the hero.

Finance Minister Chang Sheng-ford’s comment met disapproval from some lawmakers. Today, he took it back.

Chang Sheng-ford
Finance Minister
What I said was not accurate and led to a misunderstanding. Surprise led me to make this comment, and I now regret it.

Others who criticized passengers include KMT legislators Chiang Hui-chen and Lin Te-fu. Chiang said people too focused on their cell phones ignored their safety while Lin wondered why it took so long for anyone to hit the onboard MRT alarm. Both elaborated today.

Chiang Hui-chen
KMT Legislator
This could be compared to a mother’s daily warnings to her children to be careful. She may say to be cautious driving your scooter. Don’t hit anyone and drive defensively so others don’t hit you.

Lin said he too meant to warn people out of goodwill. 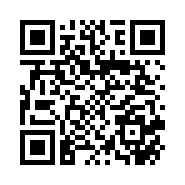