Former classmate says metro killing suspect said he was going to “kill people” (2014/05/23)New information is coming to light about Wednesday’s deadly MRT stabbings. A middle school classmate has revealed that the suspect Cheng Chieh revealed he was going to kill people that day. Cheng had also received counseling after the university he attended received a warning of erratic behavior.

Holding this umbrella in the rain is Cheng Chieh, clad in his now familiar red t-shirt. This scene is two hours before the deadly MRT rampage.

Cheng arranged a meeting with a middle school classmate, where he conveyed the message: "today I want to kill someone, I will get started later." This individual, surnamed Lee, has been identified as a key witness.

The meeting hours before the bloodbath on the MRT wasn’t the only warning sign. At the end of April Tunghai University received a message from an anonymous caller warning of Cheng Chieh’s abnormal behavior.

Lu Bing-kuan
Tunghai University Chief Secretary
At the end of April, (information) came from some other channels, which led us to believe there could be some problems, so we became involved in counseling in May. At the beginning, we didn’t think it was serious because he claimed to be normal.

Investigators are also looking at an online conversation on May 7 that foreshadowed deaths on the MRT on May 21, the day of the rampage. By piecing together these leads, prosecutors and police investigators hope to gain a clearer understanding of the motive and warning signs in this deadly subway stabbing. 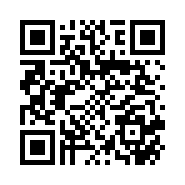