Court says metro killer suspect clear of mind (2014/05/22)The 21-year-old college student accused of killing four during a stabbing rampage on the Taipei MRT is in custody at Taipei Detention Center. Cheng Chieh has admitted to the crime and, according to the court that questioned him, is clear of mind.

Wearing a mask, with a glazed look in his eyes and several wounds on his face is Cheng Chieh. He does not answer reporter questions.

Angry family members of victims waited outside the police station where Cheng was brought. When the suspect was transported to the Haishan Police Precinct to compare his fingerprints with those on the murder weapon, the family members pressed forward.

Police had trouble keeping the situation under control. After eight hours questioning by police, Cheng was subjected to further questioning by prosecutors. They requested that he be held incommunicado on suspicion of homicide.

Feng Cheng
New Taipei District Prosecutors’ Office
The suspect admitted to the crime during questioning. There is a strong suspicion of guilt and a risk of flight or collusion.

The court was swift: within 20 minutes, it ordered that Cheng be taken into custody.

Fan Chi-kang
New Taipei District Court
Because the suspect admitted to the crime, judges did not feel a need for him to be held incommunicado. The suspect appeared to be clear thinking and gave clear answers during questioning about his motive.

At the detention center Cheng was given his own room because he is thought to pose a risk to other inmates. 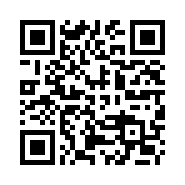